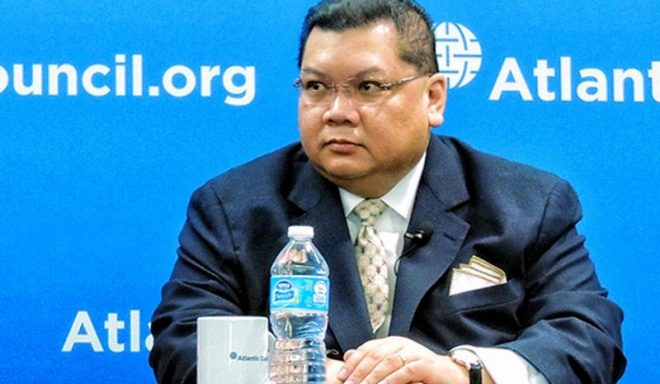 The United States has appointed a new special envoy for the Great Lakes Region, the U.S. Department of State announced Friday.

Dr. J. Peter Pham, most recently director of the Africa Center at the Atlantic Council think tank in Washington DC, was named to the post and will continue the work of Ambassador Larry Wohlers.

Pham will be responsible for coordinating policy on security, as well as political and economic issues, with “an emphasis on strengthening democratic institutions and civil society, as well as the safe and voluntary return of the region’s refugees and internally displaced persons,” the Department of State said in its release.

Pham’s appointment was a welcome development following much criticism of President Donald Trump and his administration’s failure to engage on foreign policy in Africa, or fill high-level positions critical to the mission since taking office in January 2017.

There was much speculation last year that Pham might be tapped for the Assistant Secretary at the Bureau of African Affairs position. The U.S. finally filled that vacancy in July with Tibor Nagy, a longtime diplomat posted to Africa who returned to the Department of State in 2016 after his years in academia.

“Very excited to have Peter on board,” said Nagy, who just finished a tour of four West African nations. “Our ambassadors and I look forward to coordinating with him as we work with our African partners toward lasting peace, stability, and economic prosperity in the Great Lakes region.”

The Atlantic Council said Pham will continue in his roles there. “It’s difficult to imagine anyone with deeper subject-matter expertise on the challenges faced by Africans or US ties with the countries of the African Great Lakes,” the council said in its statement. “No one has greater passion for the people and the opportunities that exist in those relationships. Few, if any, Americans enjoy greater trust and respect among our African partners.”

Pham also is the former vice president of the Association for the Study of the Middle East and Africa (ASMEA) and editor-in-chief of its quarterly Journal of the Middle East and Africa, and an associate professor of Africana studies at James Madison University where he was director of the Nelson Institute for International and Public Affairs. He also serves on the Senior Advisory Group of the U.S. Africa Command.