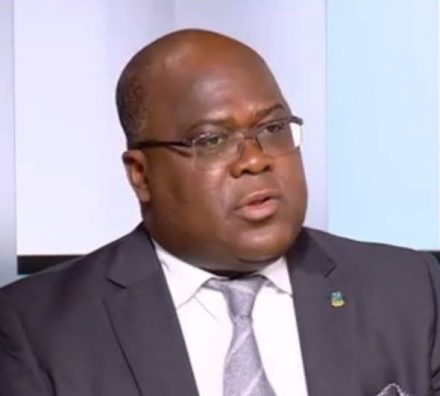 A group of seven Congolese political opposition leaders continues a meeting in Geneva this weekend, with the expectation they will name a coalition candidate to face President Joseph Kabila’s own choice in the December 23 election.

With the long-delayed date looming in Democratic Republic of Congo, the opposition leaders have promised to name their candidate by November 15. They still had not arrived at a consensus three weeks ago in South Africa, where representatives for Felix Tshisekedi of the Union for Democracy and Social Progress (UDPS), Vital Kamerhe of the Union for the Congolese Nation (UNC), Moïse Katumbi’s “Together for Change” movement, Freddy Matungulu of Congo na Biso (CNB) and others met to decide on a strategy.

Media reports said the Geneva group also was meeting with Southern African Development Community (SADC) and other international leaders before making a decision.

The political opposition will face People’s Party for Reconstruction and Democracy (PPRD) candidate Emmanuel Ramazani Shadary, who was chosen to replace Kabila. Kabila refused to step down after his constitutionally mandated second term in 2016 and has since postponed elections, contributing to the country’s political tensions.

Political analysts and populist observers have said Tshisekedi is poised to get the nod, but there’s reason to believe it could go Kamerhe’s way too. The exiled Katumbi, along with Jean-Pierre Bemba of the Movement for the Liberation of Congo (MLC) party, were prevented from competing.

There were 21 candidates approved by the Independent National Electoral Commission (CENI) in September. They are not unified on all issues; Tshisekedi, for example, declined to support last month’s protest marches although he shares a demand for free and fair elections. The coalition members have agreed not to boycott the election and will participate in December to ensure there is no more delay.