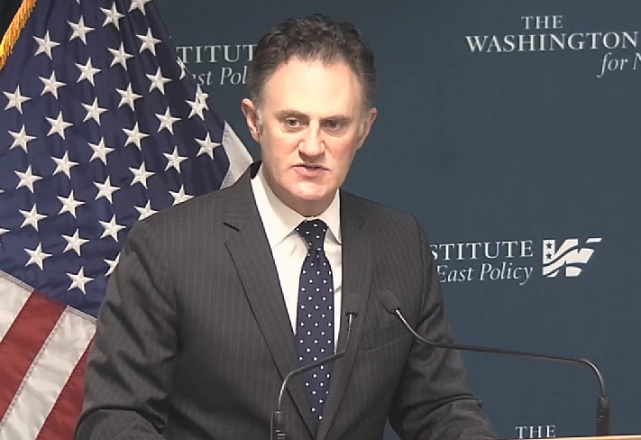 As the United States cracks down on Iran with newly reimposed sanctions, the top counterterrorism expert at the U.S. Department of State said Tuesday that Tehran’s reach into Africa, Asia and beyond is as much a security concern as Europe or the Middle East.

Ambassador Nathan Sales, speaking at the Washington Institute, stressed the administration view that Iran is spending USD$1 billion a year to support terrorism, within its own regional proxies and more distant threats.

“Iran is the world’s leading state sponsor of terrorism. Period,” Sales said. “The beneficiaries of this misbegotten largesse range from Hezbollah in Lebanon, to Hamas in Gaza, to violent rejectionist groups in the West Bank, to the Houthis in Yemen, and to hostile militias in Iraq and Syria.”

Yet that reach also extends to the African continent, where Iran is cultivating its soft power as well as boosting its $750 million in 2017 trade exports to Somalia, Sudan, Mozambique and other countries. Among alleged Iran-linked interests are a number of targets for sanctions imposed by the U.S. government.

“We will make clear to Iran-backed terrorists and to their masters in Tehran that there are costs—increasingly heavy ones—to their support for terrorist barbarism,” Sales said. “We are prepared to impose those costs on the regime and its proxies wherever they may be.”

Hundreds of individuals and entities were named to the U.S. sanctions list published last week, including a number of shipping companies with Liberian or Egyptian connections. The list also includes a Cape Town-based investment firm in South Africa. Four new names, all linked to Iraq, were released on Tuesday.

To see the U.S. Treasury sanctions listings, check this link.

To watch a video of Sales delivering his remarks, check here.