Home>Finance & Economics>China pushes back after German media questions its African interests
By AT editor - 13 November 2018 at 1:33 am 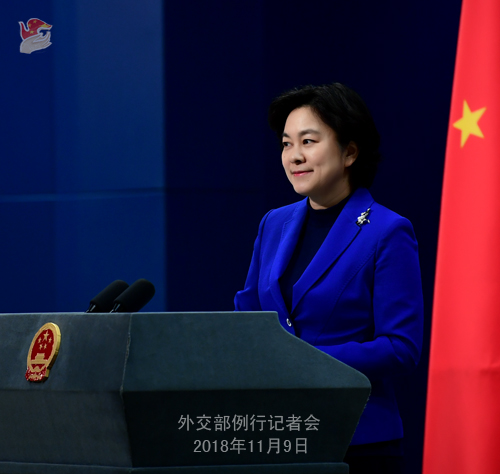 China has pushed back against a German-media article that claimed China is “pocketing” Africa in unscrupulous ways, all intended to deliver undue political influence through unethical practices.

The November 7 article written by Nils Kottmann for Bild, a tabloid frequently criticized for its sensationalism, asserted that China was spying on Africans – as evidenced in a January 2018 report from Le Monde focused on cybersecurity at the African Union headquarters in Addis Ababa. Among other things, the Bild piece also took a withering stance on control of African media and Africa’s debt to China.

It was enough to raise questions at a press briefing with Chinese foreign ministry spokeswoman Hua Chunying, who dismissed the Bild allegations as “nonsense” she had heard before. The spying allegations, for example, have long been refuted by AU head Moussa Faki Mahamat, she said.

“This German media agency is obviously playing up this issue with ulterior motives,” Hua said. “The African people have the best say about China-Africa cooperation.”

She cited the example of Norbert Lammert’s visit to Namibia in early November, when the former president of the Bundestag, Germany’s parliament, claimed he was concerned about China’s growing influence in the country. Namibian President Hage Geingob warned Lammert not to make assumptions.

“It assumes Africans are children still,” Geingob said of the oft-repeated concerns in the West over China’s influence on the African continent. “They are not matured; they cannot deal with the world powers; they will be ill-treated and fooled as small kids. That’s what it implies.”

Geingob also told Lammert that the Chinese are as welcome as the Germans in Namibia. “But please don’t underestimate our intelligence,” he said.

Hua stressed that China “doesn’t attach any political strings” or interfere in their domestic affairs when providing support and assistance to Africa. As for the Bild account, she warned that media outlets that “continue to fabricate lies” will only end up harming their credibility and themselves.