Home>African Future>Russia and Africa's Islamic nations discuss youth, extremism
By AT editor - 13 November 2018 at 2:25 am 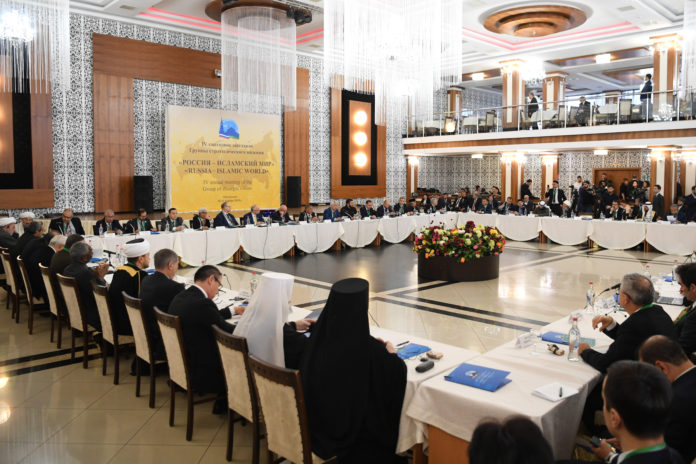 Representatives from Egypt, Senegal and Tunisia are attending the Russia-Islamic World Strategic Vision Group in Dagestan, a four-day session through Tuesday that included a working meeting on Monday.

They were among 25 Islamic nations on hand for the event in the Caspian Sea city of Makhachkala, the Dagestan capital, and were welcomed by Russian Foreign Minister Sergey Lavrov. The Organization for Islamic Cooperation (OIC), a body that counts half of all African nations among its 57 members, was on hand, as was the Islamic Development Bank, which includes the 27 African nations based on OIC status.

“Russia and Islamic countries have a long history of fruitful cooperation based on their loyalty to the fundamental principles of international relations, which are sealed in the United Nations Charter,” Lavrov said. He praised the level of trust and cooperation nurtured ahead of this fourth annual event.

“This time you will focus on urgent issues, such as precluding the spread of extremist ideology among young people,” Lavrov added. “I am confident that this forum will help strengthen collaboration in youth policy and education and result in the launch of joint projects in this sphere.”

Russian President Vladimir Putin did not attend, but sent guests a welcome message that stressed their common positions on many global and regional issues, and Russia’s mission to develop its friendly ties with Islamic nations.

The conference comes amid renewed attention to Moscow’s interests in Africa, particularly on defense and security deals and Russia’s support for UN Security Council reform. Russia continues to maintain its long-standing relationships with countries like Egypt and South Africa, while training troops in the Central African Republic and Niger, and advancing weapons sales to a host of sub-Saharan nations.