Home>News>Tshisekedi, Kamerhe pull out of DRC coalition candidate deal
By AT editor - 13 November 2018 at 4:47 am 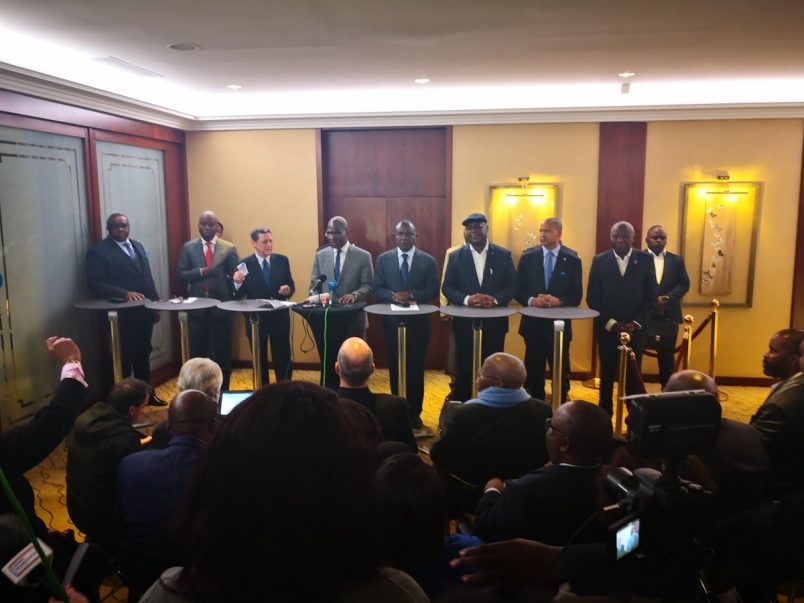 Two key Congolese opposition leaders, Felix Tshisekedi and Vital Kamerhe, have pulled out of an agreement to back Martin Fayulu of the Engagement for Citizenship and Development (ECiDé) party as their coalition candidate in the Democratic Republic of Congo’s December 23 election.

Both men said they were responding to the will of their party leaders and their supporters, according to local media outlet ActualiteCD. 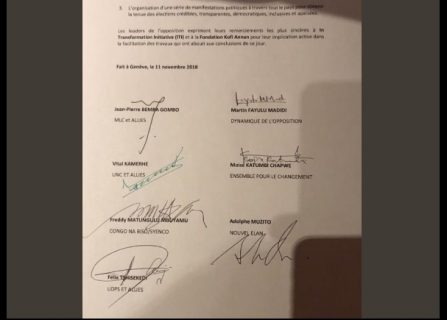 Their announcements come just one day after the decision made during meetings at the Kofi Annan Foundation in Geneva was announced. Seven opposition leaders, including Tshisekedi of the Union for Democracy and Social Progress (UDPS) and Kamerhe of the Union for the Congolese Nation (UNC), had agreed to choose a coalition candidate by November 15.

Fayulu would then face People’s Party for Reconstruction and Democracy (PPRD) candidate Emmanuel Ramazani Shadary, who replaces President Joseph Kabila though he is listed as an independent. Kabila announced he would not run again in August, after throwing the country into chaos while refusing to step down from his constitutionally limited second term in 2016. He subsequently postponed elections.

The new and now fractured “Lamuka” coalition backing Fayulu includes Moïse Katumbi’s Together for Change movement and Jean-Pierre Bemba of the Movement for the Liberation of Congo (MLC) party, both of whom were barred from competing but said they backed Fayulu.

It also drew from among the 21 candidates approved by the Independent National Electoral Commission (CENI) in September, but the two departures leave only Freddy Matungulu of of Congo na Biso (CNB) among them. Adolphe Muzito of Nouvel Elan is the seventh coalition member.

It remains unclear how Lamuka would move forward without Tshisekedi and Kamerhe, both widely considered opposition front-runners, supporting their effort – an especially difficult development because the campaigns begin on November 22.