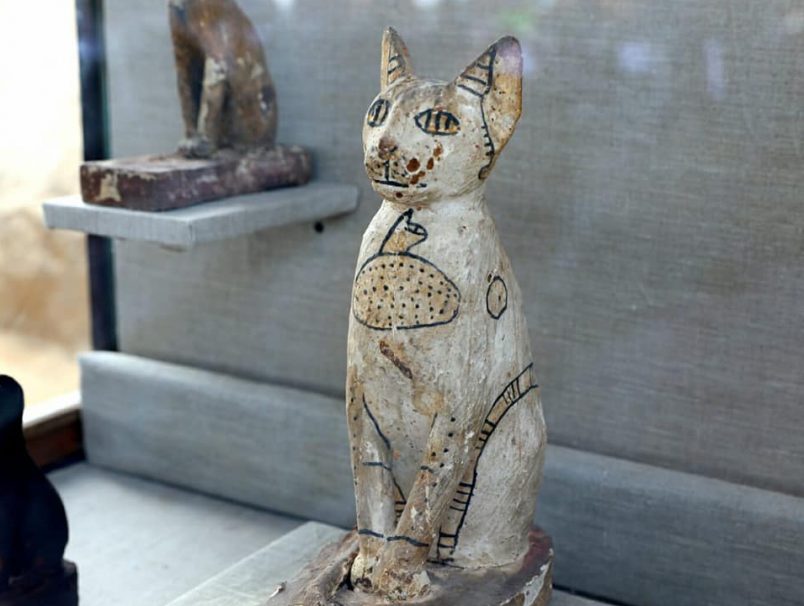 Dozens of cat mummies, along with 100 wooden gilded statues of cats and a bronze one dedicated to a cat goddess, have been unearthed in a new archaeology find in Egypt – demonstrating once again that the ancients adored their cats as much as modern humans do. 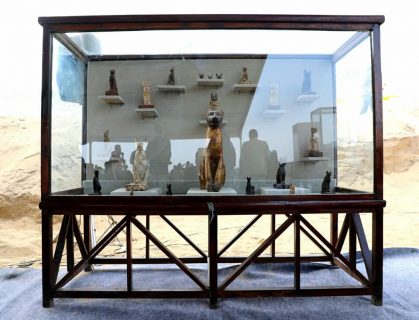 The find was announced by Minister of Antiquities Dr. Khaled El-Enany, and unveiled to a group including Cairo’s top official, Egyptian parliament members, and some 30 international ambassadors.

The cats and other antiquities were found along the edge of the King Userkaf pyramid complex in Saqqara Necropolis, the ministry said.

El-Enany said French teams had previously worked on part of the site a decade ago but that work ended in 2013. This is the first of three new discoveries that will be revealed this year.

Along with the cats are statues of a lion, a cow, and a falcon, and painted wooden sarcophagi featuring cobras and crocodiles.

All told there are three tombs dating to the New Kingdom, and four from the Old Kingdom including that of Khufu-Imhat, the overseer of the royal buildings in the royal palace. It dates to the late fifth and the early sixth dynasties, or about 2300 BCE.

Dr. Mostafa Waziri, Secretary General of the Supreme Council of Antiquities, said Egyptian teams also found the first-ever mummies of scarabs in the area. Two such mummies were found inside a rectangular limestone sarcophagus with a vaulted lid decorated with three painted black scarabs.