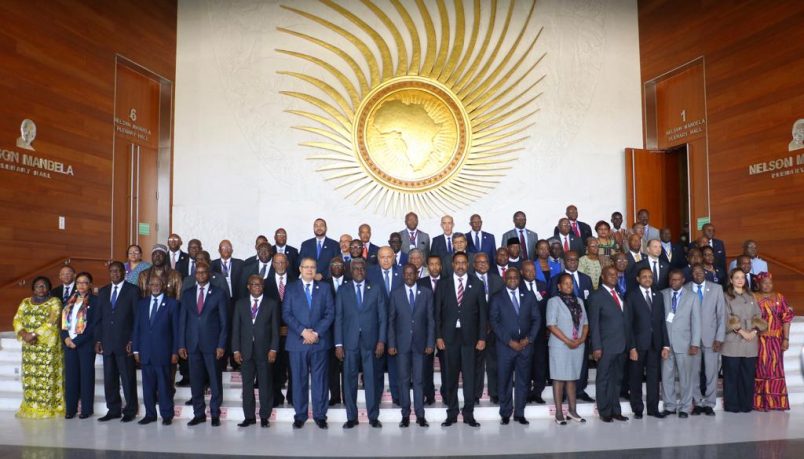 The African Union has approved a USD$681.5 million budget for 2019 during its extraordinary summit in Addis Ababa, which began Wednesday.

The details include $273.3 million for financing the peacekeeping budget, with another $249.8 million to the AU program budget and $158.5 million for the operational budget.

There are now 14 nations implementing the 0.2 percent levy that supports AU peace and security operations, with another 23 countries in the process of doing so. Member states are working towards funding all of the Union’s operational budget, 75 percent of programming and 25 percent of peacekeeping operations by 2021.

The announcement comes as the AU advances an institutional reform process launched in January 2017. It includes a complete review of the AU structure and the responsibilities of its senior leaders.

“The ongoing institutional reform is, undoubtedly, one of the most ambitious initiatives for change ever taken by our Union,” said AU Commission chief Moussa Faki Mahamat. “It touches upon all aspects of its functioning and concerns all its organs. Other attempts were made in the past. These, let’s face it, did not live up to expectations, leaving a bitter taste of unfinished business.”

The reforms focus on economic development including the role of the AU Development Agency (AUDA), and the goal of financial autonomy within the AU’s Agenda 2063 vision, much of which aligns with the United Nations Sustainable Development Goals.

Agenda 2063, the chairperson said, also demands that Africans “silence the weapons and thus put an end to the suffering of all kinds generated by the conflicts, and to ensure that Africa speaks with one voice in the international arena to better defend its interests and work towards a more just and inclusive world order.”