Home>News>Mali: Charges filed in mysterious case of Green Beret killed by peers
By AT editor - 16 November 2018 at 3:43 am 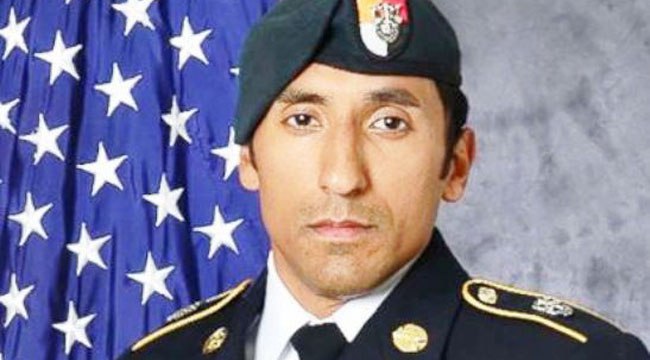 Media outlets in the United States report that two U.S. Navy SEALS and two Marines face charges in the death of a U.S. Army Green Beret who was killed in Mali more than a year ago.

The Navy personnel, Tony DeDolph and Adam C. Matthews, were identified last year during an investigation of the death of Army Staff Sgt. Logan Melgar, a 34-year-old from the state of Texas who died in Bamako on June 4. The U.S. Marines have not been named.

All four face charges that include felony murder, conspiracy, obstruction of justice, burglary, hazing, and involuntary manslaughter, according to reports from the New York Times and the Daily Beast.

All of the military personnel were assigned to counterterrorism missions supporting French and Malian troops, as well as U.S. diplomats, while some shared the same embassy housing as the victim.

Army investigators said in November 2017 that Melgar was placed into a chokehold about 5 a.m. the morning he died. He stopped breathing and his American roommates tried to revive him, they said, but he was pronounced dead after being rushed to a nearby French clinic.

The accused initially explained the incident away as hazing gone awry, in retaliation for Melgar’s heading out to a party without them. That’s according to documents seen by NBC News in the U.S. Another account said Melgar was drinking, but he didn’t use alcohol and there was no evidence of it after his death when autopsy and toxicology reports were completed.

It’s believed the SEALS were stealing money from a fund to pay local informants and Melgar discovered the thefts. He expressed concerns to his wife before dying, reports say, and said he’d tell her more when he came home.

“All our special operation forces have access to funds in order for them to be able to provide subsistence to themselves and do other operational requirements as long as it’s in their authority to do so,” said Ret. Brig. Gen. Donald Bolduc, former head of special operations in Africa, in an interview last year. “If true that the Navy SEALs were involved in the death of Staff Sgt. Melgar, this is something that would be a huge tragedy and something that I have not witnessed in my entire career.”

A preliminary hearing in military court is scheduled for December 10.