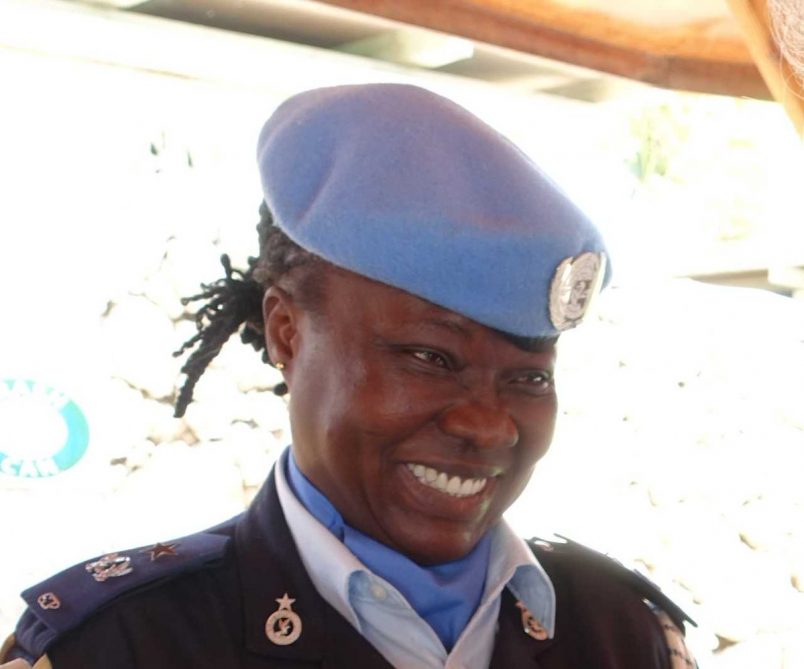 A police officer from Ghana has been named the United Nations Female Police Officer of the Year, in a ceremony held in New York by the UN’s peacekeeping department.

Phyllis Ama Tebuah Osei, who is serving with United Nations Mission in Somalia (UNSOM), was chosen for her work in Jubaland. She launched a successful adult literacy training program for 49 female police officers in Somalia, which increases their chances for leadership roles and future promotions.

She also formed a Female Peacekeeper Network (FPN) within UNSOM and AMISOM to provide support to female peacekeepers.

“Soon after, Ms. Osei established four gender desks in the host state police, facilitated a training on sexual and gender-based violence, and initiated a proposal that called for the establishment of a police post near the community thus ensuring access for SGBV survivors,” Carrilho added.

For her part, Osei said it was an honor to serve in Somalia, where she supported police in Jubaland in advancing the causes of justice and human rights.

Nominations are invited from all peacekeeping and special political missions where UN police are deployed, with the award decision made by a selection committee. The award is meant to provide role models for female peacekeepers and keep gender parity issues visible.