Home>News>Lesotho bids farewell to SADC peacekeeping mission
By AT editor - 21 November 2018 at 6:37 am 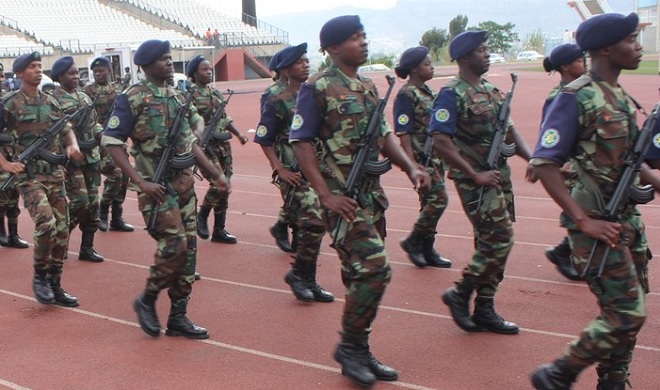 The Southern African Development Community (SADC) peacekeeping mission in Lesotho has come to an end, with ceremonies on Tuesday that marked the closing of the mission.

The SADC’s Preventive Mission in the Kingdom of Lesotho (SAPMIL) was deemed a success in helping to stabilize the small kingdom led by Prime Minister Tom Thabane. He thanked the peacekeepers for their service.

“I called upon all stakeholders to continue supporting Lesotho and ensure that the progress made so far is not undermined,” Tax said. “Peace requires patience, tolerance and mutual understanding. We must work together to build the Lesotho we want.”

She also called on parties who agreed to the national dialogue framework to keep their commitments.

The SAPMIL force has served a year in Lesotho, which includes a previous extension of a mandate that ran through May. The primarily Angolan force was deployed to help maintain order following the September 2017 assassination of Lt. Gen. Khoantle Motšomotšothe, the former commander of Lesotho Defence Force (LDF).