Home>Commentary>The long road to recovering from sanctions
By Michael Wilcox - 21 November 2018 at 8:41 pm 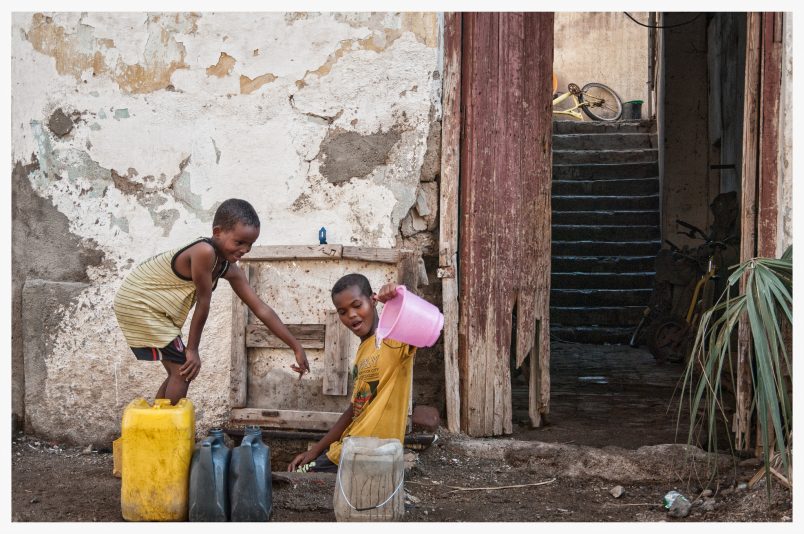 Eritrea, isolated by UN sanctions for a decade until they were lifted on 14 November 2018, is now working to regain its place in Africa and the international community. The sanctions were lifted after Eritrea made steps towards peace with its neighbours after being locked into deadly conflict for decades—Eritrean president Isaias Afwerki took the crucial first step of reaching out to Kenya in a move that both countries hope will usher in a new era of prosperity in the Horn of Africa.

While Eritrea’s future looks rosier, the sanctions have nonetheless left a lingering effect that will continue to impact Asmara and its neighbours for years to come. Eritrea’s long road to recovery is not an isolated incident: countries such as Venezuela and Myanmar, which are staggering under the burden of ongoing sanctions, will be paying close attention to Eritrea’s progress—or lack thereof—in recovering from the recently-lifted censure.

The Horn turns a corner?

The end of the punitive measures may kick-start a new age of prosperity for the Horn of Africa. Since the election of Abiy Ahmed as the new Prime Minister of Ethiopia, events have moved at an astonishing pace, and ancient conflicts have been smoothed over. Ahmed’s first act in power was to open diplomatic relations with Eritrea, with whom it had contested a two decade-long border stand-off, and a peace deal was finally signed in September. Encouraged by this act of good will, Eritrea then thawed its attitude towards Somalia and even appears to have cautiously approached its southern neighbour Djibouti, although border disputes between the two continue.

These long-awaited thaws eventually encouraged the UN to remove the sanctions which it had imposed 2009 on suspicion of Eritrean support of Somali jihadists. The U.S. had previously been the most vigorous proponent of embargoing the country, but after UN investigators found no evidence that Eritrea had sustained al-Qaida affiliates such as al-Shabaab, Washington dropped its insistence on their extension. Now, Eritrea is free to take advantage of its strategic location on the Suez Canal to become a regional economic powerhouse.

Leveraging that position, however, won’t be easy. A decade of isolation has left a huge mark on the country’s economy and infrastructure. Foreign investment is non-existent, imports are severely reduced, and the cost of commercial loans, insurance and shipping rates artificially elevated. Together, these grievances – which Asmara lays squarely at the feet of American policy – have diverted resources away from development into endemic corruption, and resulted in an infrastructure poorly-equipped to deal with the new possibilities which have been unleashed by the lifting of the sanctions.

As Eritrea navigates these new opportunities, it will also have to tread lightly to maintain political stability in its region. After all, the fragile peace in the Horn could be threatened if Eritrea’s growing economic interests encroach on its neighbours, particularly Djibouti. The country’s Doraleh Container Terminal processes 97% of Ethiopian imports, a sizable market accounting for approximately 70% of the port’s overall traffic. If Eritrea’s Assab port begins to eat into that lucrative trade as the economy regains momentum, it could threaten the uneasy armistice that Djibouti fostered with Eritrea.

The decade of sanctions deprived Eritrea of financial stability and valuable resources, causing much of its spending to be earmarked for security rather than domestic policy and ultimately exacerbating regional tensions. It’s a challenge that other countries under bruising sanctions are all too familiar with.

Venezuela is one of the latest examples; this month, Washington characterised the South American nation as part of a “Troika of Tyranny” along with Cuba and Nicaragua, and slapped sanctions on Venezuela’s gold industry, the country’s only source of hard currency left following a series of other embargoes imposed on the South American country.

While the intent of this strategy is to enforce governmental change, the starved economy is hitting the general population most severely. As a result of the sanctions, Venezuelan imports fell by 31% in 2017, leading to a shortage of basic goods such as food, medicine and cosmetics amid predictions that inflation will surge to 10 million percent next year. The exodus of young people illustrates the negative effect of punitive measures as the economy collapses.

Elsewhere, American sanctions have had similarly unsuccessful results. In Myanmar, for example, the blanket embargo in place from 2003 to 2016 dealt a blow to the domestic textile industry, one of Myanmar’s most important economic sectors. Although specific textiles sanctions were suspended in 2011, the industry took years to recover and is still limping behind pre-sanctions levels. Concerns are high that the new travel bans and investment restrictions on the horizon would ultimately affect the business environment and deteriorate living conditions at large.

With Venezuela and Myanmar facing devastated economies once the sanctions against them are eventually lifted, Eritrea could turn out to be a case study on how to claw itself back to prosperity, or how not to do it. For a country to recover, civil society must be in a state that allows for workforce development – hardly possible if internationally imposed punitive policies have led to mass migration or dismantlement of the business environment.

As of the day sanctions were removed, Eritrea is ranked 189th out of 190 countries for doing business. Entrepreneurs are therefore starting from an extremely disadvantaged position that will take years to improve. Asmara’s case demonstrates that rather than resorting to sanctions, the international community would be better behoved to work with the country in question to stimulate reform from within and avoid hitting civil society disproportionally hard.

Eritrea, for now, has extricated itself from the battering ram of sanctions. Whether or not it can capitalize on this opportunity will depend largely on external support and internal impetus. It will not depend on external persecution and internal embattlement.