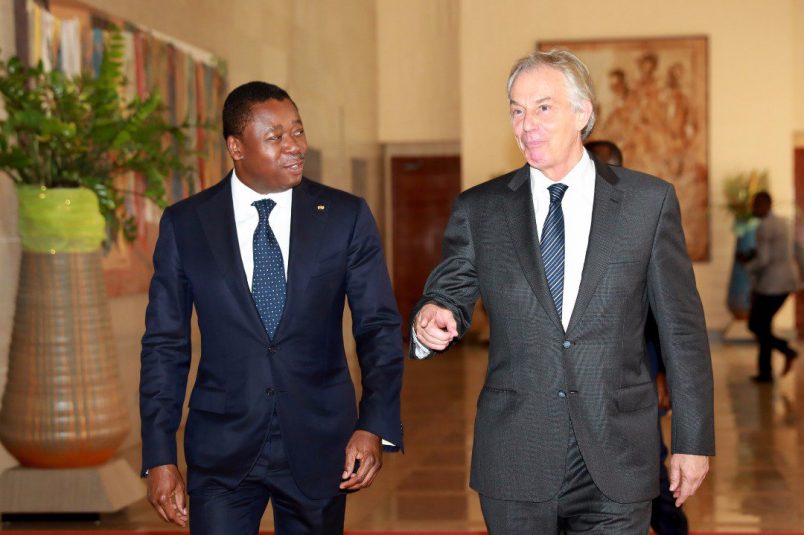 Former British Prime Minister Tony Blair was in Togo on Wednesday, meeting with President Faure Gnassingbé as part of a long-term consulting project to boost economic development in the small West African nation.

Blair has been doing consulting work with African countries for the past decade, and launched the Tony Blair Institute for Global Change to advance investment policy in developing countries.

In Togo, that means work on a National Development Plan focused on making the country a logistics hub, and a center for agriculture, manufacturing and extractive industries. Much of that centers on Lomé, where the port on the Gulf of Guinea handles shipping for goods to and from Mali, Burkina Faso and beyond.

Among top priorities are bringing greater access to electricity for Togo’s 7 million people, and creating jobs in new industries to decrease poverty and provide opportunity for the country’s young population.

“We are working with the head of state and the government to accompany the PND,” said Blair, referring to Togo’s plan. “I have great confidence in Togo’s future because I believe that the president and his team are making the right decisions.”

Blair has been to the country four times in the last year, the Togolese government said.

Other institute projects in more than 10 African nations include the Kaleta Dam hydroelectric project in Guinea, and the creation of the Nigerian Development Bank with its emphasis on credit for small and medium-sized businesses.