Home>News>Campaigns begin as DRC heads to December elections
By AT editor - 23 November 2018 at 4:58 am 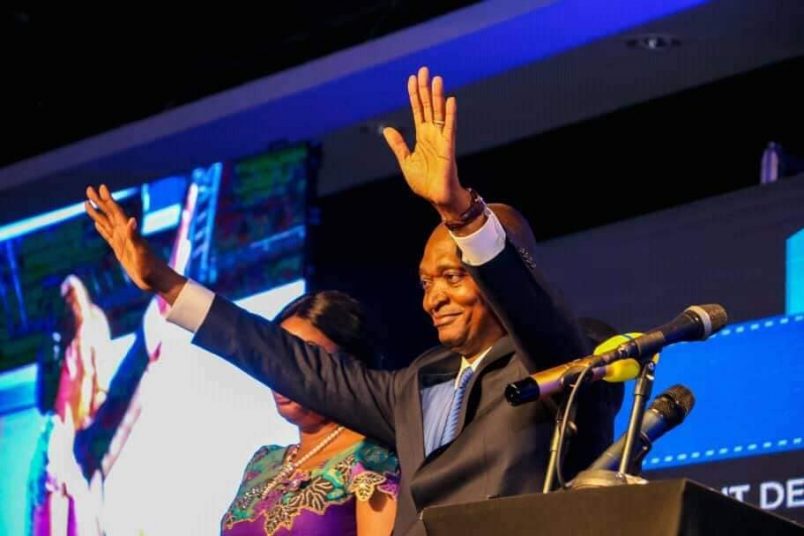 Official campaigning has kicked off in Democratic Republic of Congo, where long-delayed elections are scheduled for December 23.

The national elections commission, CENI, designated Thursday as the start of campaigning for a field of 21 candidates certified in September. Front-runners for the presidency include Martin Fayulu of the Engagement for Citizenship and Development (ECiDé) party, supported by a newly formed coalition backed by Moïse Katumbi’s Together for Change movement and Jean-Pierre Bemba of the Movement for the Liberation of Congo (MLC) party, both of whom were barred from competing.

That “Lamuka” coalition saw a setback last week when candidates Felix Tshisekedi of the Union for Democracy and Social Progress (UDPS) and Vital Kamerhe of the Union for the Congolese Nation (UNC) backed out of an agreement negotiated through the Kofi Annan Foundation in Geneva.

Tshisekedi and Kamerhe, both strong candidates in their own right, said they were responding to the demands of their party leaders and respective bases.

The opposition candidates face Emmanuel Ramazani Shadary, above, who was tapped after President Joseph Kabila finally agreed to step aside. Kabila threw the country into turmoil after delaying the elections since 2016 and pressing for a third term. He hosted a rally for the Common Front for the Congo (FCC) on Thursday at his home in Kingakati, and vowed to campaign vigorously for candidates he supports.

There are well-founded concerns over electoral violence, given the DR Congo’s history, and already at least three people reported dead while campaigning in the Kasai Central province last week. They were decapitated while working for a regional candidate of the ruling People’s Party for Reconstruction and Democracy (PPRD).

The United Nations Security Council, United States and others have appealed for peaceful and credible elections that protect the human rights of all Congolese.