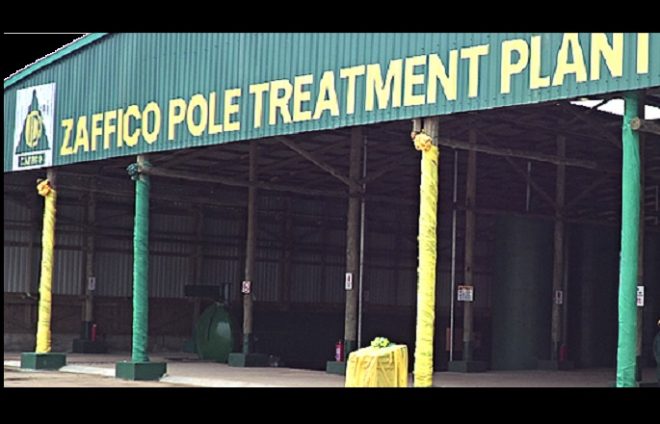 China’s foreign ministry spoke out Thursday on increasing tensions in Zambia over the Chinese role in the country, which has been criticized most recently by longtime political opposition leader Haikande Hichilema.

Hichilema was detained for questioning earlier this week after he was accused of making public anti-China statements that led to street protests in Kitwe over any potential sale of Zaffico, Zambia’s timber company.

“Some people in Kitwe of the Copperbelt province were misled by the false allegation about the takeover of the Zambia’s state-owned timber company by the Chinese side,” said foreign ministry spokesman Geng Shuang.

Chinese interest in Zambia’s economy has long been controversial, a sentiment that deepens along with the southern African nation’s debt crisis and its Chinese loans. In September, the rumor was about Zesco, Zambia’s national electricity supplier and a possible sale to the Chinese.

This time, the timber industry was the spark with Hichilema blamed for the unrest. Hichilema, who still disputes the outcome of his 2016 election bid against Zambian President Edgar Lungu, is frequently arrested or harassed, as are members of his United Party for National Development (UPND).

“Some Chinese shops were looted but no one was injured,” Geng continued during his briefing. “After that happened, the Chinese side immediately lodged representations with Zambia, and the Zambian side said it would take measures to safeguard the safety of the Chinese in  Zambia.”

The Chinese praised Lungu’s call for Zambians to ignore false accusations about China-Zambia cooperation. “The Chinese enterprises’ investments in Zambia have generated enormous job opportunities and boosted the socioeconomic development locally, to which we all bear witness,” Geng said.

Hichilema also held a press conference Thursday, stressing the current economic difficulties in Zambia and the tensions in the Copperbelt region over the incident. A video of his complete remarks is available here.