Home>African Future>France returns heritage treasures to Benin as first step in 5-year plan
By AT editor - 24 November 2018 at 3:09 am 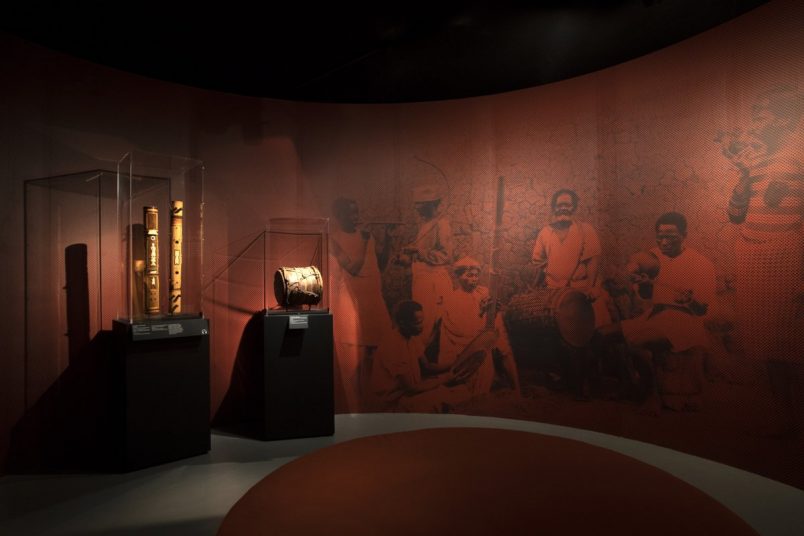 French President Emmanual Macron is immediately returning 26 pieces of art and artifacts to the West African nation of Benin, the first objects in a five-year plan to restore art held in French museums to their nations of origin.

The 26 items identified by Beninese authorities were taken from the palace of Behanzin, the final king of what was then Dahomey. After some three centuries of rule, Dahomey – now modern-day Benin – was defeated by French colonialists in 1892. The art was taken then, the French government said.

Macron thanked the Musée du quai Branly-Jacques Chirac, which has an extensive collection of African works, for supporting the decision to send works home to Benin.

The announcement comes following a promise Macron made during a November 2017 speech in Burkina Faso, as part of what he envisions as a new French engagement with Africa. It coincided with the release of a report on the restitution of African cultural heritage.

The report was commissioned in March, and focuses on “heritage capture” and the legacy of the colonial era. France’s culture and foreign ministries will be responsible for taking the next steps, while Macron said museums will be partners in the process of identifying African cultural partners, and organizing the return and exhibit of various works.

“The need for in-depth work with other European States which maintain similar collections acquired in comparable circumstances was also emphasized,” the presidency said in its statement.