Home>News>Brazil's Lula sees new corruption charges tied to Equatorial Guinea
By AT editor - 27 November 2018 at 6:18 am 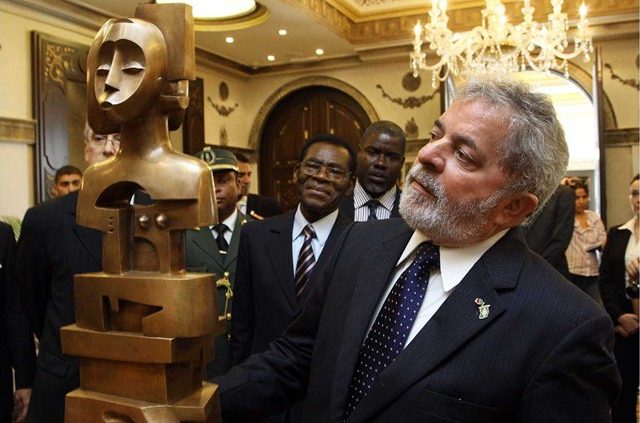 Federal prosecutors charged Lula with money laundering after he accepted USD$260,000 as a donation to his Lula Foundation in 2016, the state-owned news outlet Agência Brasil reported on Monday.

They say it was really a payment for years earlier, when Lula was connecting executive Rodolgo Giannetti Geo and his ARG group, an  infrastructure construction company building ports and other large-scale projects, with opportunities in the small West African nation led by Obiang since 1979.

At the same time, Obiang asked for Lula’s influential help to successfully become a member of the CPLP, the Community of Portuguese Speaking Languages. Equatorial Guinea is one of six African countries that belongs to CPLP today and, like Angola and Mozambique, maintain close ties with Brazil.

Lula’s legal team says there is no evidence of wrongdoing, adding that the charges reflect a continued pattern of political persecution in a country where controversial president-elect Jair Bolsonaro will take over in January.

Brazilian authorities seized more than $16 million in cash and luxury goods in September from Teodorin Obiang, the vice-president and son of the Equatorial Guinea leader. That included more than $1 million found in a suitcase he said was for a later business trip to Singapore after his stop in Brazil for medical care.

There was widespread and politically-fueled speculation but no confirmation at the time that the money seized was directed toward Lula interests or tied to the election, given the long history of friendship between the two parties.