Home>ENERGY & COMMODITIES>Gécamines chief pushes back at NGO claims of corruption
By AT editor - 29 November 2018 at 4:38 am 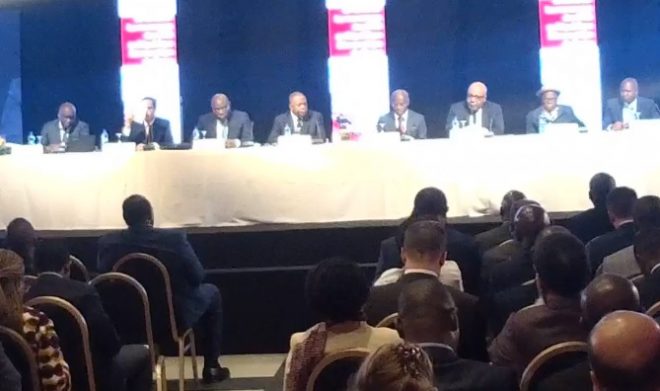 The Congolese mining entity Gécamines issued a scathing rebuke to international NGOs on Wednesday, with a report that seeks to debunk the years of allegations about corruption and missing millions.

The 60-page report begins with an introduction from Albert Yuma-Mulimbi, a close ally of outgoing President Joseph Kabila and the chairman of the board for the state-owned mining giant in Democratic Republic of Congo. He also is well-connected among other Congolese institutions including the Central Bank.

Yuma targeted the Enough Project for its October 2018 report, “Powering Down Corruption,” which focused on the DR Congo’s rich stores of cobalt and the mines’ connection to corruption and human rights violations. The accusations on a lack of transparency that cripples the Congolese economy echo those in other NGO reports by Global Witness and the Carter Center in the United States, as well as investigative journalism from Bloomberg and other media outlets.

“The networks of corruption extend beyond Congo’s borders to foreign commercial facilitators such as key Kabila financier Dan Gertler, whom the U.S. government sanctioned in 2017 for generating illicit wealth, mainly from corrupt and opaque mining deals in Congo,” the Enough Project said. “And several industrial cobalt and copper mining companies operating in Congo are currently under investigation in the United States, the United Kingdom, and Canada for their potential role in corrupt activities.”

Yuma pushed back at the NGO allegations, mincing no words as he calls them lies. In dramatic language, this official Gécamines response calls the NGOs “useful idiots” in service to global capitalism and the “new planetary consciousness” of the age. He agrees that mining revenues “do not contribute as much as they should to the wealth of our country,” but denies that corruption and kleptocracy are the reason.

To see the complete Gécamines reports, available in French and English, check this link.

Russia, US spar over Wagner Group presence in Sahel