Home>Health>Sad milestone: Ebola crisis in DRC now 2nd only to West Africa outbreak
By AT editor - 30 November 2018 at 1:05 am 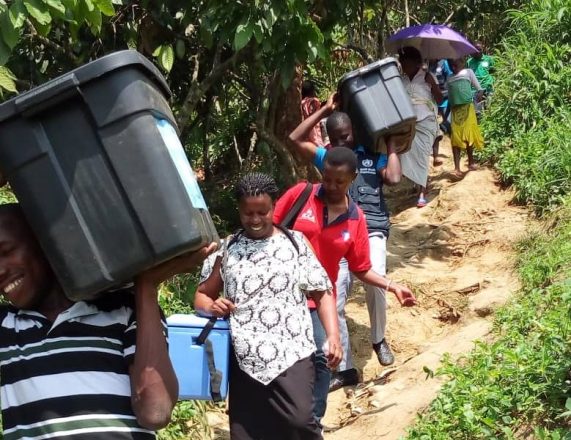 The Ebola outbreak in Democratic Republic of Congo is now the second-largest in global history, after the 2014 West African outbreak, according to the World Health Organization. There were 245 fatalities reported as of Thursday.

“A sad toll, with too many families losing loved ones,” said Dr. Peter Salama, the Australian epidemiologist who serves as Deputy Director-General for Emergency Preparedness and Response. Salama added that WHO and its response partners will “do whatever it takes” to end the outbreak.

Yet that’s an increasingly daunting task, as 14 communities in the conflict zones of North Kivu and Ituri provinces now report Ebola virus cases. There are 426, with 379 confirmed and 47 probable, and another 87 suspected cases under investigation, the country’s Ministry of Health said in its daily update.

Many of the deaths have occurred in the hotspot of Beni, but troubling trends include new cases and 22 fatalities in Katwa, where community engagement remains a challenge, and new cases in Vuhovi.

Regional conflict has hampered the Ebola response, but so has the related mistrust of international NGOs and community education practices. Katwa workers saw local youth break into a morgue last week and steal the body of an Ebola victim to return it to the family, in defiance of all Ebola precautions.

“To remedy this, several leaders of these youth groups have been trained and hired by psychosocial care teams to support safe and dignified vaccination and burial activities in Katwa,” the health ministry said.

A WHO response update also issued Thursday said 42 health workers are now infected, as are 36 babies and children under the age of 2 and 17 pregnant women.

WHO warns that the risk of regional spread remains very high, though alerts this week in neighboring Uganda and South Sudan turned out to be false alarms. So far there has been no cross-border spread of Ebola, but preparedness efforts continue in at least nine countries.

More than 37,000 people have received experimental vaccines, the Congolese health ministry said. The vaccinations are achieved in some difficult circumstances, as in the steep terrain of Uganda where they are transported in this image.