Home>African Future>COP24: This time, Africa wants action on climate
By Laureen Fagan - 2 December 2018 at 6:43 am 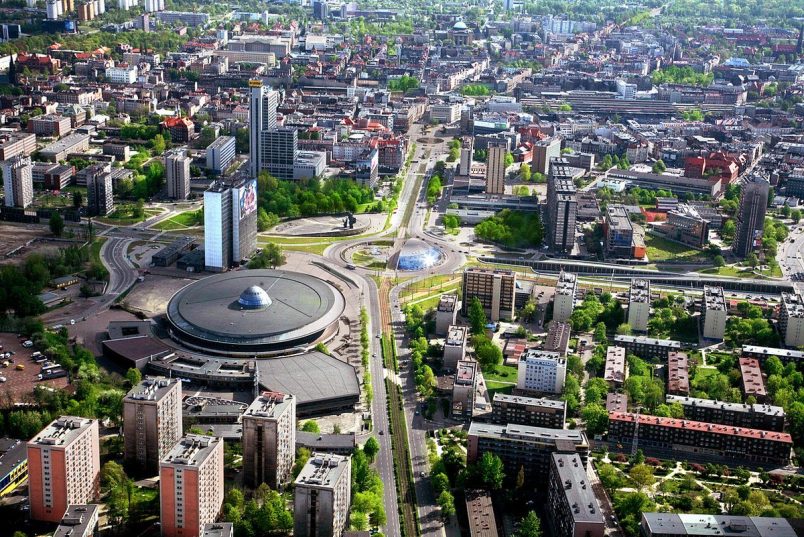 No more beating around the bush.

That’s the message from Namibia, and from African climate activists and negotiators more broadly, as they head to Katowice, Poland, for the COP24 meeting. Formally known as the Conference of the Parties to the United Nations Framework Convention on Climate Change (UNFCCC), the annual international meeting on climate change begins Sunday and continues through December 14.

Africa Day at COP24 is on Monday and that’ll be with some changes. Gabonese President Ali Bongo, who is currently the coordinator of Africa’s CAHOSCC – a committee of heads of state on climate change – is recovering from a serious illness in Morocco. Though listed as a speaker, he is not likely to attend. Colleagues including African Union (AU) Commission Chair Moussa Faki Mahamat and the head of the African Development Bank (AfDB), Akinwumi Adesina, are expected to speak.

They’ll focus on the Nationally Determined Contributions (NDCs), which present a challenge for African nations. All 54 of them have signed and are parties to the Paris Climate Agreement, but there are wide variations in how well they have developed national strategies and finance pathways.

“Many African countries are faced with developmental challenges such as limited access to market, lack of competitiveness, fragile economic development, high poverty levels, limited analytical and technical capacity and data availability,” explains the AfDB. “These challenges are exacerbated by the continent’s limited ability to manage climate change.”

The initial estimated financing for NDCs in Africa is USD$4 trillion by 2030, according to the AfDB, and all countries have unconditional targets for their own resources accounting for about 15 percent of what’s needed. The other 85 percent is supposed to come from the international community, but progress is slow at a time when, day after day, key reports sound the alarm on urgency of tackling climate change.

That’s especially critical for Africans, who already experience the effects of droughts, heat waves, flooding, disease and other climate-connected consequences. The Intergovernmental Panel on Climate Change (IPCC) report released in October made clear what many climate experts already know and fear: Parts of Africa are already vulnerable to climate change, and all the more so at 2°C instead of 1.5 °C of warming.

Limiting greenhouse gas emissions and curbing planetary warming are global goals, but they’re all the more critical for Africans, especially in climate change hotspots that include southern and West Africa. That’s one reason why African leaders want to make sure that this time, beyond Paris and after the Africa-focused COP22 in Morocco and COP23 in Bonn, there’s real action on global climate agreements.

One last-minute move was to press Africa’s special needs and special circumstances on to the agenda. That formal request from the African Group of Negotiators (AGN) to UNFCCC was acknowledged Friday. The AGN is currently led by Mohamed Nasr of Egypt, who is stressing adaptation and climate finance.

“It was noted that it is of serious concern to African Group members that despite three years of negotiations since the adoption of the Paris Agreement, no progress has been made on this issue,” the document says. The AGN, African Climate Policy Centre and other partners want decisions.

So does United Nations Secretary General António Guterres, who closed out the G20 summit in Buenos Aires on Friday with an appeal to wealthy and industrialized nations to honor their climate obligations.

“Katowice must succeed,” Guterres said, calling for the necessary momentum to head into 2020 with action taken on the so-called “rule book” that the African nations and others want to see completed too.

“Political will is lacking,” Guterres said. “That is why it’s so important to come here and to express to political leaders how important it is for everybody to understand that this is a make it or break it moment in relation to guaranteeing that the Paris Agreement is implemented.”

Among other priorities, the African leaders want support for African-led initiatives including the Africa Renewable Energy Initiative, which set a budget of more than $15 billion needed through 2020 and the completion of its first phase, and considerably more beyond that. They also want backing for the Africa Adaptation Initiative, which saw its first African contribution of $500,000 come from Gabon a year ago.

There is good news, to be sure. Through the global NDC Partnership, Rwanda last week launched its green investment program targeting specific sectors such as transportation and agriculture. East African countries including Uganda, Kenya and Ethiopia are advancing their understanding of carbon markets. Mozambique just announced a new three-year plan to ensure it can deliver on its climate commitments.

In October, the global Green Climate Fund – already supporting renewable energy in Zambia – agreed to $110 million for projects in Burkina Faso, Democratic Republic of Congo and the nations of the Niger River Basin. They’re part of $6.2 billion in projects under way, with another $10.3 billion pledged so far, and 36 of its 93 projects in Africa. The GCF board launched its first formal replenishment in October, and AGN welcomed Germany’s decision this week to double GCF contributions to $1.7 billion (€1.5 billion).

Yet the climate challenge remains daunting, and African leaders are looking to their global neighbors to share the same resolve they do and get serious about the work that needs to be done. This time, as they say, there’s no more beating around the bush.