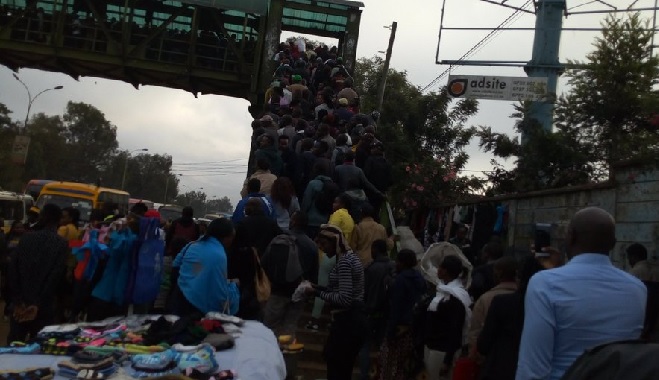 The sight of Kenyans streaming on foot into Nairobi’s central business district (CBD) while passenger cars continued to clog streets with heavy traffic contributed to what is at least a temporary reprieve from the new ban on matatu, the privately operated shared taxis many rely on for transport.

The ban – first promised in May 2017 – began on Monday as planned by Nairobi’s Gov. Mike Sonko, but was overturned by a Kenyan High Court after complaints from citizens, the minibus operators and some politicians. The ruling on matatu was meant to alleviate congestion and reduce pollution in the CBD, and even promoted as a public health improvement that would boost the fitness of Kenyans walking more.

At the same time, though, Kenyans complained that traffic was bad as ever with all of the single-vehicle cars in the city, and safety was even worse as people walked on roads that weren’t planned for pedestrians.

Business professional Paul Kobia filed a lawsuit Tuesday morning that said, among other things, the CBD measure was decided without any input from affected communities. “The petitioner also pointed out that in countries such as South Africa and Egypt, rapid public transfer systems were put in place before bans were effected to prevent inconveniences,” the Daily Nation reported.

Others, however, have supported the matatu ban as a step in the right direction on climate and public safety.The developments came amid news of yet another fatal accident in Nairobi, where flooding rains have made parts of the city’s streets unsafe.