Home>Health>Here come the harmattan winds of West Africa
By AT editor - 6 December 2018 at 7:32 am 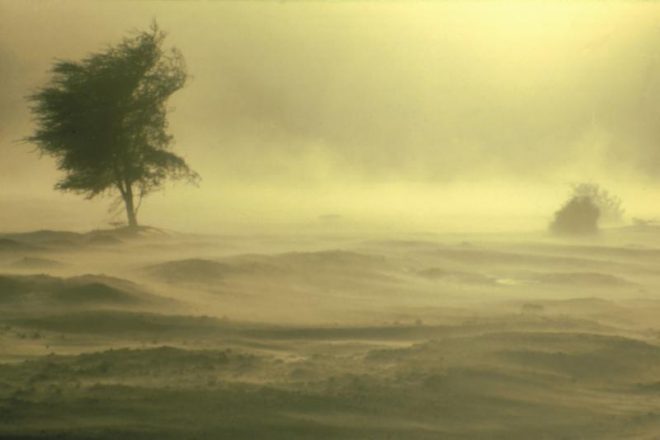 They’re starting to feel the dry, dusty Saharan winds known as harmattan in West Africa, where Nigerians and neighboring Togolese say the season is in the air.

The annual weather pattern is common from December to March, with blowing desert dust across Ghana or Côte d’Ivoire to the south, or west into the Cape Verde Islands.

Many West Africans are troubled by health impacts. The dust storms also can cause visibility issues and travel delays, and an increased risk of wildfires because of the dry and windy conditions.

Among the more significant health concerns tied to harmattan season is meningitis, with much of sub-Saharan Africa living in what epidemiologists and other public health officials call the “meningitis belt.” Some 450 million people live in 26 countries affected by deadly meningitis outbreaks, and past outbreaks have claimed tens of thousands of lives.

Other health complications tied to harmattan’s dry air and dust include respiratory and skin issues – and there may be more dust on the horizon. The World Meteorological Organization (WMO) began issuing its Airborne Dust Bulletin in 2017, with its most recent monitoring report released in May.

In it, the WMO found that in 2017, when compared with the 2003-2016 reference data, the dust sources of the western areas, especially in Algeria, Mali and Mauritania, have been more active while there has been a relatively low pattern over the Libyan desert. Most of that dust is blowing toward the Gulf of Guinea, or west across the Atlantic and toward the Americas.