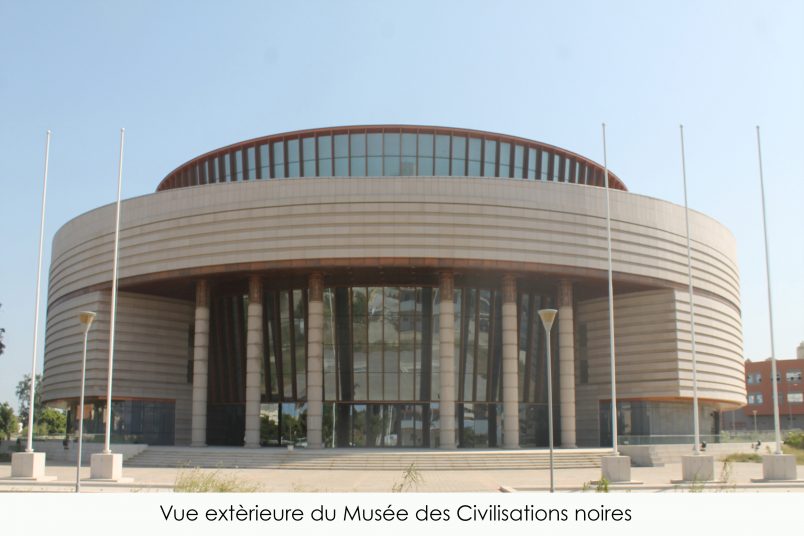 The museum realizes a pan-African vision that dates to the era of the country’s first president and was completed with more than USD$34 million in support from the Chinese. It will dedicate its 14,000 square meters to the history of Africans and begin its own history with an exhibit on the first hominids, and early African contributions to science and technology.

The building takes it architectural cues from Casamance, a southern region of Senegal known for its rounded huts, and takes pride of place in its location across from the national theater.

“Like the Grand National Theater that houses the ceremony, the museum bears the symbol of friendship and solidarity of the Chinese people towards the Senegalese people,” Sall said. “A gift from China, itself the cradle of an old and rich civilization, the Museum of Black Civilizations reflects our shared commitment to respect for the equal dignity of cultures and civilizations, and to safeguarding the cultural diversity of the world.”

Sall said the museum inauguration is symbolic in that it is a “new demonstration of Sino Senegalese solidarity” taking place as the two countries co-chair the Forum on China-Africa Cooperation (FOCAC).

Chinese dignitaries were on hand for the ceremony, as were President of Comoros Azali Assoumani, a UNESCO representative, museum director Hamady Bocoum, and leading artists and cultural icons who Sall thanked for their contributions.

While Sall touched on a number of themes in his wide-ranging speech, he noted that the museum opening follows closely the call of French President Emmanuel Macron to restore African art to its origins. “We know the issues related to the subject,” Sall said. “I hope that the act of President Macron opens the way for a calm and peaceful dialogue on the repatriation of African heritage.”