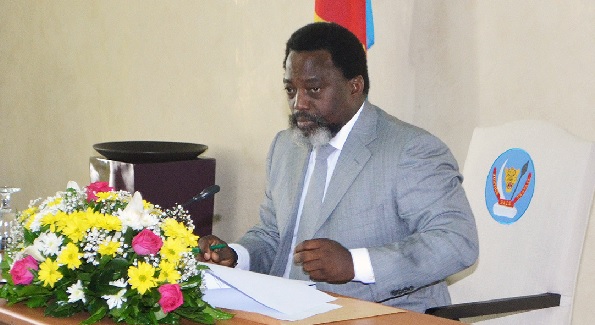 President Joseph Kabila may have stepped aside for the moment, but he hasn’t ruled out a future run in the Democratic Republic of Congo.

Kabila told media outlets on Sunday that he may contemplate a return to power, with the next presidential election expected in 2023. The Congolese president stubbornly refused to step aside after a constitutionally determined second term in 2016, and elections have been postponed since then. They are set for December 23.

Under significant international pressure and amid crisis at home, Kabila did at last announce in August that he would not seek a third term.

Close Kabila ally Emmanuel Ramazani Shadary was instead tapped as the People’s Party for Reconstruction and Democracy (PPRD) candidate through a new coalition called Common Front for Congo (CFC). He is among 21 candidates approved by the Independent National Electoral Commission (CENI) in September, with Moïse Katumbi’s Together for Change movement and Jean-Pierre Bemba of the Movement for the Liberation of Congo (MLC) among those prevented from running.

The strongest opposition ticket appears to be that of Felix Tshisekedi of the long established Union for Democracy and Social Progress (UDPS), who joined forces with Vital Kamerhe of the Union for the Congolese Nation (UNC). The two walked back their commitment to Martin Fayulu of the Engagement for Citizenship and Development (ECiDé) party, a coalition candidate chosen in Geneva in November.

The Congolese campaigns are crisscrossing the country with some reports of clashes, for example, in Kindu on Sunday as PPRD youth protested Tshisekedi’s arrival. Concerns over the use of voting machines, and the credibility of elections in general, loom large over the country.