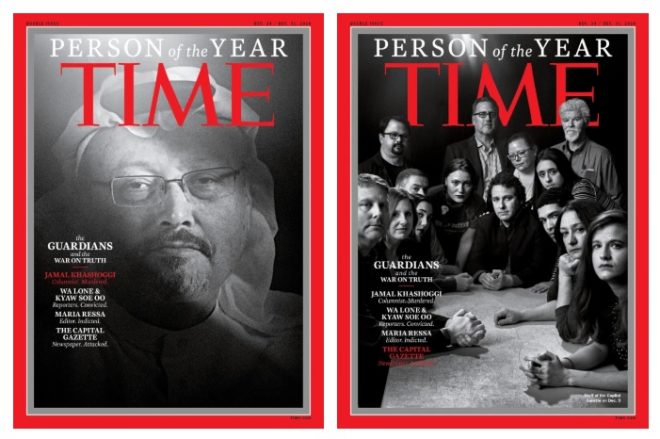 Contra Nocendi, a Paris-based NGO focusing on human rights in Burundi, Cameroon and other African nations, joined in the chorus of voices to welcome Tuesday’s announcement that journalists who are harassed, detained and killed for their work are Time Magazine’s “Person of the Year” for 2018.

“It is always vital that we remember and appreciate the risks and sacrifices of journalists,” the organization said. “Our ability to inform ourselves and develop our own views and opinions are, in part, thanks to their efforts.”

Collectively named “The Guardians and the War on Truth,” this year’s Time designation begins with Saudi Arabian journalist Jamal Khashoggi’s high-profile death in Turkey in October. “Khashoggi put his faith in bearing witness. He put it in the field reporting he had done since youth, in the newspaper editorship he was forced out of and in the columns he wrote from lonely exile,” the magazine said.

Time went on to list Amal Habani, who was arrested and tortured in Sudan while covering economic protests, as well as Reuters journalists Kyaw Soe Oo and Wa Lone in Myanmar, and many others – noting with sadness that there was no shortage to choose from. 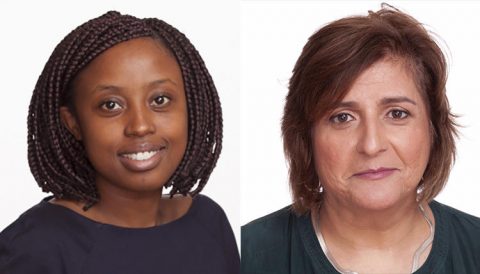 “Independence is no small thing. It marks the distinction between tyranny and democracy,” the magazine said. “All despots live in fear of their people. To see genuine strength, look to the spaces where individuals dare to describe what’s going on in front of them.”

The Committee to Protect Journalists in Africa saw its own staff members – Angela Quintal, right, and Muthoki Mumo – detained in Tanzania last month. The CPJ continues its appeals for missing journalist Azory Gwanda in Tanzania, the released Mimi Mefo and others in Cameroon, and far too many others in Nigeria, Somalia, Uganda and beyond.

To view “The Guardians and the War on Truth,” check this link.

Mahamadou Issoufou, the outgoing president of Niger, is the recipient of the 2020 Ibrahim Prize for…

With the COVID-19 pandemic has come a global spike in the demand for oxygen, and 25…