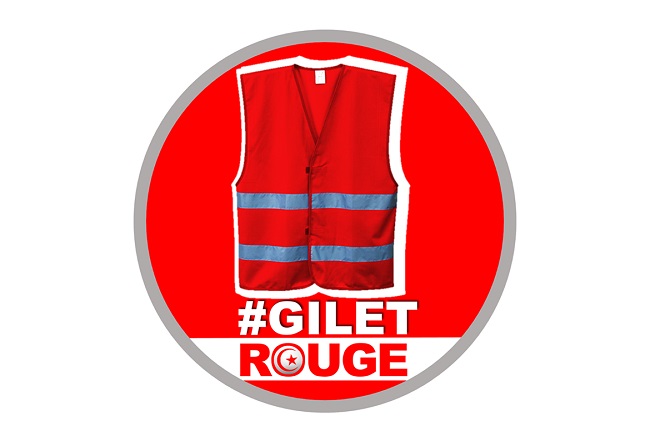 The protests aren’t just for yellow vests anymore. Now a Tunisian grassroots group has launched its “gilet rouge” movement, saying it’s the only way to save the nation eight years after the Tunisian Revolution of December 2010.

Citing their disappointment in Tunisia’s economic situation, including high prices, unemployment and corruption, the youth activists say they are responding to “the failure of this system to raise the minimum level of people’s aspirations for a decent life and the aspirations of its young people.”

The movement is following in the footsteps of the revolution in what it calls a continuation of that struggle, but it has adopted the “gilet jaune” symbolism of protests that have gathered strength in France and a few other nations. They note results of elections earlier this year, which saw the defeat of established parties, and subsequent political reshuffling as evidence that Tunisians demand change.

It’s the latest in a series of protests sweeping across Tunisia.

Riad Jarad, speaking in a Tuesday radio interview, called on all Tunisians to join them in peaceful protests. At least one Tunisian group leader, Burhan al-Ajlani, has been harassed and detained since the launch, the Gilets Rouges said. There have been no high-profile clashes in Tunis or beyond to date.