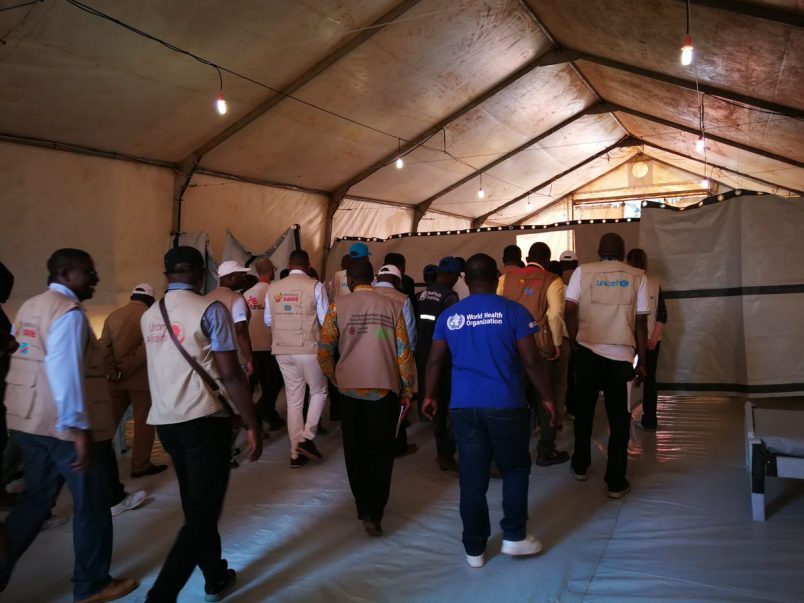 The Ebola outbreak in Democratic Republic of Congo has reached another milestone, as the cases reported by the country’s Ministry of Health now stand at 500.

The new total in what has become the second-largest Ebola outbreak in global history, after the 2014 West African outbreak, includes 452 confirmed cases and 48 probable. Another 80 suspected cases are under investigation. The death toll rose to 289, up from 245 fatalities reported as of last Thursday.

Many of the deaths have occurred in the hotspot of Beni, where new cases show signs of slowing, according to Dr. Peter Salama, the Australian epidemiologist who serves as Deputy Director-General for Emergency Preparedness and Response for the World Health Organization. The Ebola response in and around Beni has been hampered by regional conflict and attacks on civilians by armed groups – most recently, in a massacre on Monday in Oicha that claimed at least nine lives.

There have been seven Ebola cases in Oicha, including two fatalities. Yet the most troubling trends include new cases in Butembo and Katwa, Salama said, with new Ebola clusters emerging elsewhere. There are now 16 communities under Ebola monitoring, with confirmed cases in 15 of them, the Congolese ministry update said.

Fatalities in Katwa are at 38, up from 22 last week, with a total case count of 60. Butembo has seen 30 Ebola cases with 16 fatalities.

A WHO response update issued last Thursday said 42 health workers are now infected, as are 36 babies and children under the age of 2 and 17 pregnant women.

Nearly 45,000 people have received experimental vaccines. Salama said Wednesday that WHO is working with vaccine suppliers to avoid any shortages.