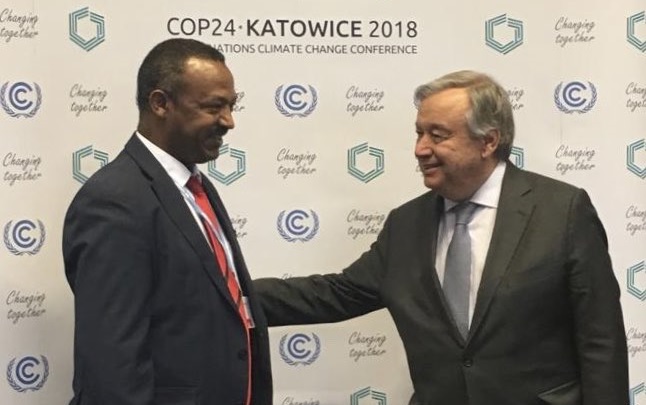 Africa is at a “tipping point” as global warming increases, and urgent action needs to be taken across the continent now, according to a new report from the United Nations Development Agency (UNDP) released at COP24 in Katowice, Poland.

Ahunna Eziakonwa, Director of UNDP’s Africa Bureau, said that while many African nations have made impressive gains in recent decades, they’re put at risk by droughts, floods, changing rainfall patterns and conflict, all driven by climate change.

The UNDP study shows that global warming – if not held to less than 2°C – will make it harder for families to feed themselves, and the risk of famine and increased poverty rise along with temperatures. Greater poverty in turn makes it harder to manage climate risks, and may result in crises like disease epidemics, political instability and chaotic migration patterns.

That’s especially true for Africa’s “least developed countries.” The world’s LDCs on Thursday issued a joint statement to UN leaders warning that the climate science is not up for negotiation and their nations cannot wait for global powerhouses who are reluctant to act.

“In so doing, they brush off the droughts our people endure, they ignore the devastation that storms have caused us, and they turn a blind eye to the death tolls which continue to rise,” said the letter signed by Gebru Jember Endalew of Ethiopia, left, the outgoing chairman of the LDC negotiating group.

The UNDP report notes a number of successes in climate change adaptation in Africa over the past decade, including projects aimed at improving food security in Benin, Mali, Niger and Sudan, and support for governments in developing early warning systems to save lives from fast-acting storms.