Home>News>Kinshasa fire, political violence spark election fears for DR Congo
By AT editor - 15 December 2018 at 1:23 am 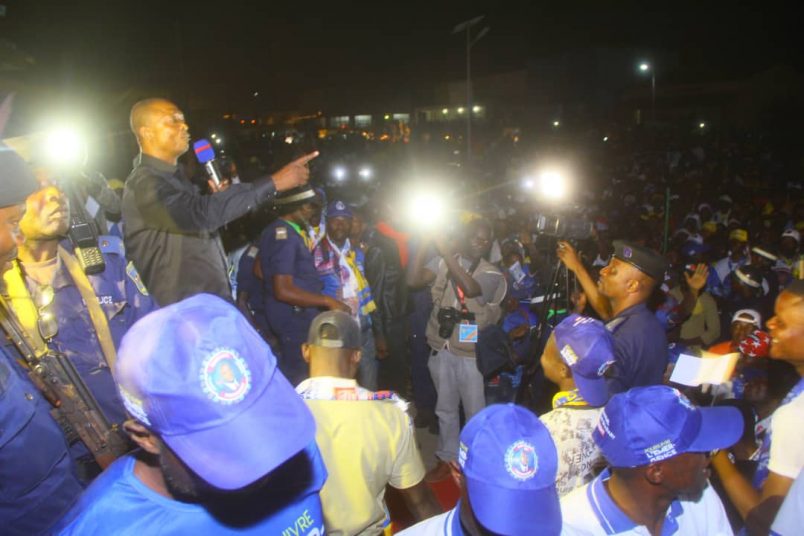 As the Democratic Republic of Congo prepares for long delayed elections next week, increasing reports of violence have drawn a response from United Nations human rights chief Michelle Bachelet.

Bachelet said Friday that the reports of deaths, attacks and clashes compromise the Congolese people, as she urged that “the rights to freedom of expression and peaceful assembly – essential conditions for credible elections – are fully protected.”

Among the incidents are the December 11 death of at least three people killed when security forces used live ammunition at a rally in Lubumbashi, and another fatality in Kalemie. Both rallies were for political opposition coalition candidate Martin Fayulu, who was blamed by a government spokesman on Friday for instigating violence.

Also on Friday, tear gas was used against activists at a rally for Felix Tshisekedi and Vital Kamerhe, where Union for Democracy and Social Progress (UDPS) activists gathered in Kananga. Another fatality was reported in the Kasai provinces yesterday, as soldiers and police blocked their supporters from greeting them.

“I am deeply worried about the reports of excessive use of force, including live ammunition, by security forces against opposition rallies,” said Bachelet, who urged all parties to avoid violence and called for accountability in the incidents.

Bachelet’s remarks also followed the news that a fire Wednesday night at the national election commission (CENI) warehouse destroyed at least 70 percent of the voting machines stored for use in Kinshasa. The fire is under investigation.

The machines have been highly controversial in DR Congo, because many voters and some candidates insist they can be manipulated to deliver a victory for Emmanuel Ramazani Shadary, above, a close ally of outgoing President Joseph Kabila. He was tapped as the People’s Party for Reconstruction and Democracy (PPRD) candidate through a new coalition called Common Front for Congo (CFC), which is backed by Kabila.