Home>News>Storm floods Sun City hotels, leaves mudslides in resort pools
By AT editor - 18 December 2018 at 6:21 am 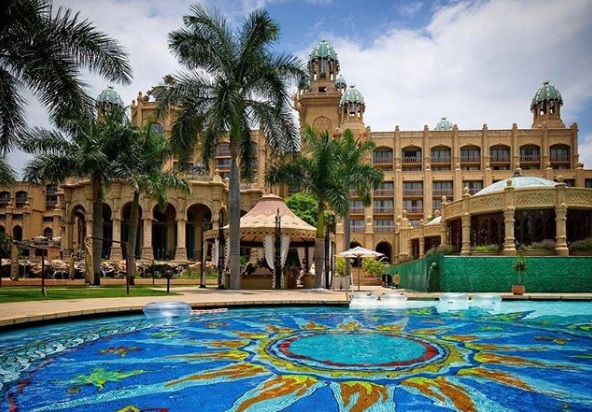 The famous Sun City resort in South Africa continued its cleanup on Monday following a freak storm that caused hail damage, flooding and mudslides at the weekend.

“Most of the damage was caused by flash flooding at the Sun Central family and entertainment precinct, and in ground floor hotel rooms,” said management for the complex, located in the country’s northeast about 180 kilometers from Johannesburg.

Nearly 500 hotel rooms were affected – 200 of them at the main Soho Hotel – leading to the evacuation of some guests and the decision by others to leave. Two people received minor injuries after slipping on wet floors, Sun City said.

Water gushing through doors and windows left facilities unusable, and the management said because of South Africa’s holiday weekend it will not be able to fully assess the extent of the damage until Tuesday. The Soho remains closed, although other guest buildings were able to reopen on Monday.

“Hotel rooms have suffered water damage that will require the replacement of carpets, wallpaper, skirting, painting and electrical wiring to ensure guests are able to be accommodated,” Sun City said.

Damages included a ceiling collapse at the conference center because of the weight of hail and water.

Saturday’s storm also triggered mudslides that spilled into the resort swimming pools, which were closed until they could be cleaned. Two golf courses also were closed because of significant damage, including one washed-away bridge. The casino was unaffected and remains open.

Sun City management said it was working with guests whose reservations were affected.