Home>Finance & Economics>AU leaders, EU press for partnership in Vienna
By AT editor - 19 December 2018 at 3:00 am 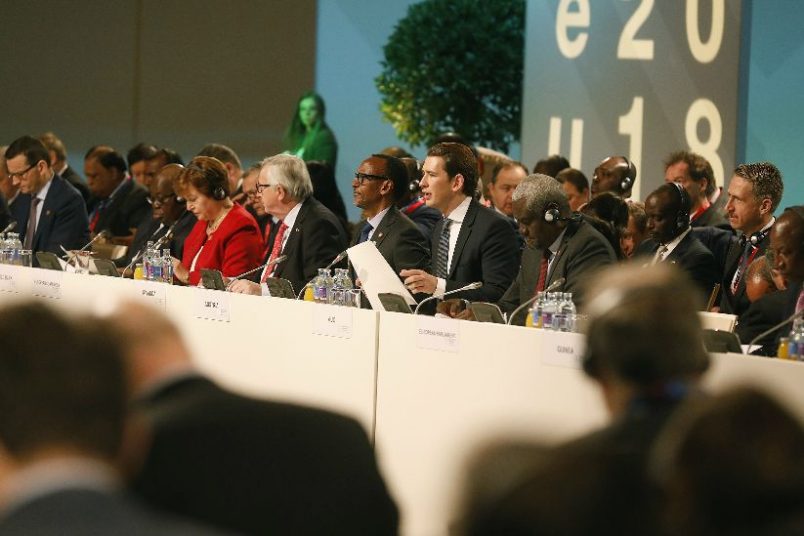 African Union leaders in Vienna to attend the High-Level Forum Africa-Europe on Tuesday urged their European counterparts to view African nations as equals as they move forward on technology, trade and other key issues.

Moussa Faki Mahamat, chairman of the AU Commission, delivered forceful remarks that highlighted the continent’s expectations for self-direction, just days after more diplomatic sparring between China and the United States over their interests.

“Stop this stereotypical idea of Africa as a hapless terrain where Europe, China or others have free rein to battle for influence!” Mahamat said in a message that followed his keynote address to some 50 African and European delegates. “We choose our partnerships, and create conditions based on mutual interest and benefit. Do not infantilize an entire continent!”

His message was reinforced by AU President Paul Kagame of Rwanda, who said Europeans need to see Africans as partners and not beneficiaries of their generosity. “In my view we should have a conversation about what Africa brings to the partnership and how what Europe has been offering can be offered differently, so that we get the results we want,” the Rwandan leader said.

European Commission President Jean-Claude Juncker affirmed Europe’s desire to have “a true and fair partnership among equals,” but that means turning words into action with the new Africa-Europe Alliance for Sustainable Investment and Jobs. The alliance seeks to create 10 million jobs in Africa over the next five years.

New projects announced in Vienna include a €45 million (USD$51.2 million) agribusiness fund to attract investment and boost 700,000 rural smallholder farms; a €61.1 million ($70 million) program to build solar power plants in Morocco, and €46.8 million ($53.3 million) to remediate pollution in the Nile Delta of Egypt.

A copy of the co-chairs’ summary for the event is available here.