Home>News>Tanzania's Gyumi receives UN human rights award
By AT editor - 19 December 2018 at 5:14 am 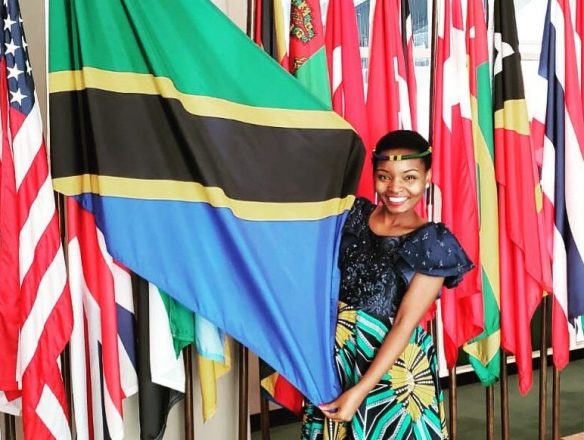 Rebeca Gyumi of Tanzania was honored Tuesday for her human rights work, during an awards ceremony for the United Nations Prize in the Field of Human Rights.

Gyumi is the founder and executive director of the Msichana Initiative, a Tanzanian organization with a mission to empower girls through education and remove barriers that limit their access to it. Her work was instrumental in the Tanzanian High Court’s decision in 2016 to change a law that allowed girls as young as 14 to get married, a law that had stood since 1971.

The honors, first awarded in 1968, recognize individuals who have made outstanding contributions to human rights. Previous winners include Nelson Mandela, Denis Mukwege, Malala Yusafzai and Martin Luther King Jr., as well as organizations like the International Committee of the Red Cross (ICRC). It is awarded by the UN once every five years.

“These courageous individuals and groups remain committed to shining a light on the dark corners of the globe,” said UN Secretary General António Guterres during the presentation.

The other 2018 honorees are Joênia Batista de Carvalho, the first woman indigenous lawyer in Brazil and a member of the Wapichana tribe in the country’s north; Front Line Defenders, an international human rights NGO based in Ireland that works to protect human rights activists; and the late Asma Jahangir, a leading human rights lawyer in Pakistan who died following a stroke in February. Jahangir was a tireless advocate for human rights across three decades in which she was threatened, assaulted and placed under house arrest.

More information about the 2018 award winners is available here.