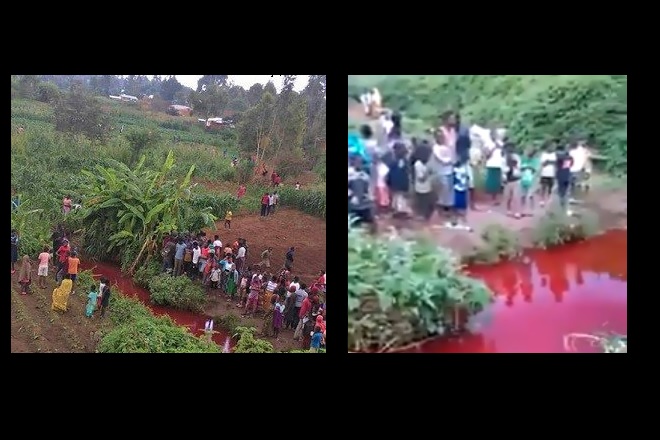 What’s caused a river to turn red in Malawi?

There’s been no official word from government sources since women discovered the Linthipe River at Dedza, near the border with Mozambique and along the M1 route, had turned blood-red when they arrived about 2 p.m. on Wednesday. Photos of the phenomenon were shared widely on social media.

“As usual, we came to this place to wash our clothes besides drawing water for home use,” one of the villagers told Malawi 24. What they found frightened them, so they notified police.

Police confirmed the incident to local journalists and said they were seeking help from local hospital staff to run tests. Meanwhile, two communities in Dedza District avoided the water on which they rely, with some leaving the area in fear – even as others crowded in to catch a glimpse of the river, which runs near the M1 route.

Despite the alarm, there’s likely a simple explanation, said the area’s traditional leader who has been in contact with other authorities but was concerned about the panic. Recent storms in Malawi’s south may have altered the soil and water chemistry, resulting in a temporary change of color, or an algae bloom may have caused it.

Some locals said they thought a mine discharge was possible, with the most likely explanation that there’s a red oxide source affecting the waters, but they wondered why it never happened before or they weren’t informed.

“It seems like a careless chemical waste disposal, spillage or reaction with natural elements which came into contact with the water,” said one Malawian as others debated the cause among themselves. Some appealed for a science-based response in a nation where much is still attributed to spiritual forces.

What they don’t have yet is an explanation.