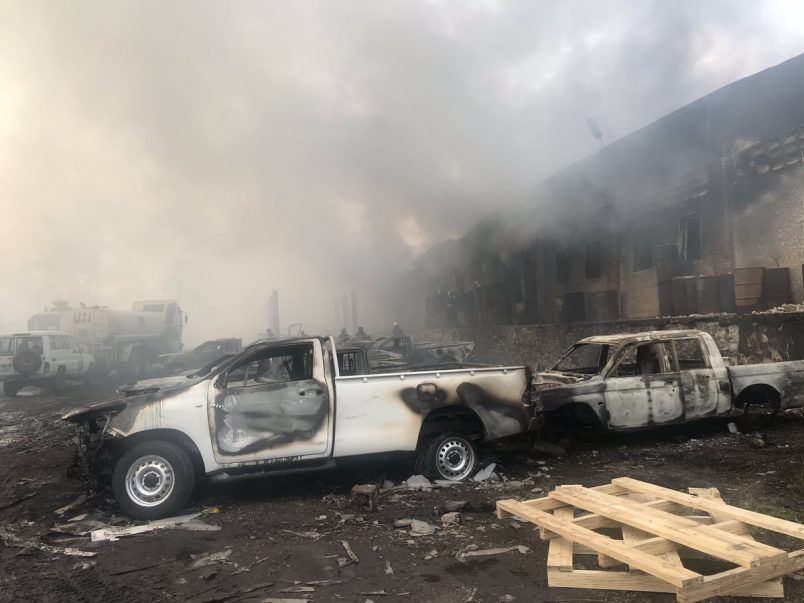 The head of the national electoral commission (CENI) in Democratic Republic of Congo said Thursday that long-delayed elections scheduled for Sunday are now postponed until December 30.

Corneille Nangaa, the CENI president, held a press conference in Kinshasa to explain that for technical and logistic reasons, the contentious elections must wait because of delivery delays in necessary polling forms and equipment. Nangaa said as recently as Monday that he was confident the elections planned for Sunday would move forward but there’s been mounting concern the country is not ready.

The DR Congo elections have been delayed since November 2016, and it’s been exactly two years since President Joseph Kabila’s second term expired – yet he has remained in office despite Congolese constitutional provisions and many delays in negotiating a path forward.

While Kabila ultimately agreed in August not to seek re-election, the electoral violence in the DR Congo has escalated again in recent days. Clashes were met with tear gas in Kinshasa on Wednesday after opposition coalition candidate Martin Fayulu was stopped from holding his rally, and the government declared an end to campaigning in the city, except on television, for security reasons. Elsewhere, at least 100 people died in communal violence reported in the country’s northwest.

The election delay and security concerns follow a suspicious Kinshasa fire last week, above, that destroyed at least 70 percent of the voting machines planned for a city where roughly one in four Congolese voters lives. Some opposition leaders have accused the government of using the fire as a pretext for postponing the presidential and legislative vote.

The machines have been highly controversial in DR Congo, because many voters and some candidates insist they can be manipulated to deliver a victory for Emmanuel Ramazani Shadary, a close ally of outgoing President Joseph Kabila. He was tapped as the People’s Party for Reconstruction and Democracy (PPRD) candidate through a new coalition called Common Front for Congo (CFC), which is backed by Kabila.