Home>News>Masisi removes Venson-Moitoi in another Botswana shakeup
By AT editor - 20 December 2018 at 5:12 am 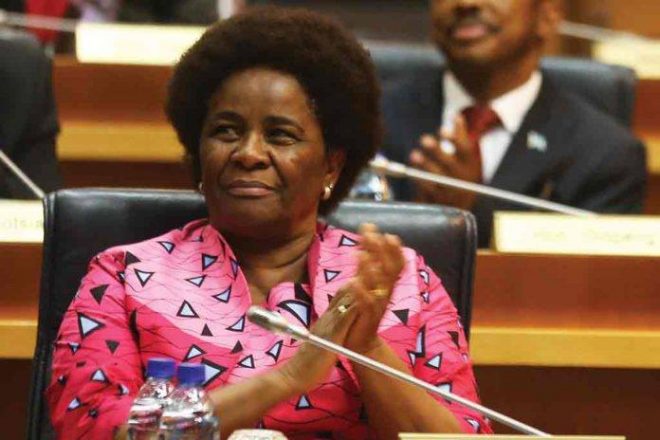 Botswana’s minister for local government and rural development was removed from her position Wednesday, one day after announcing that she intended to challenge President Mokgweetsi Masisi for leadership of the ruling Botswana Democratic Party (BDP).

“Yesterday I informed, in writing to the BDP and His Excellency the President, that I intend to contest the position of President of BDP at the next elective congress,” said Pelonomi Venson-Moitoi. She previously served as the country’s foreign minister under former president Ian Khama and was a candidate for African Union Commission chair in 2017.

“I believe that in true democratic fashion my campaign will be one that debates issues constructively. Always putting the party first and the lives of all Batswana at the very core of our debates,” she added.

That apparently didn’t sit well with Masisi, who immediately announced her removal. Her position will be handled by Frans Solomon Van Der Westhuizen, who previously served as the assistant minister in the local government and rural development office.

The Venson-Moitoi sacking is the latest development in Botswana politics to suggest that all is not well in the southern African country, which has been a model of progress and stability that’s made it attractive to investors and praised by the international community.

Masisi, the hand-picked successor to Khama who served as his vice president, has crossed swords with his predecessor since taking office in April and earlier reassigned a number of ministers. He also removed the country’s intelligence director because of insubordination.

He became president at the end of Khama’s two five-year terms, but in Botswana that means that lawmakers will choose a new president following parliamentary elections in October 2019.