Home>News>UN Security Council focuses on West Africa's drug trade
By AT editor - 20 December 2018 at 1:40 am 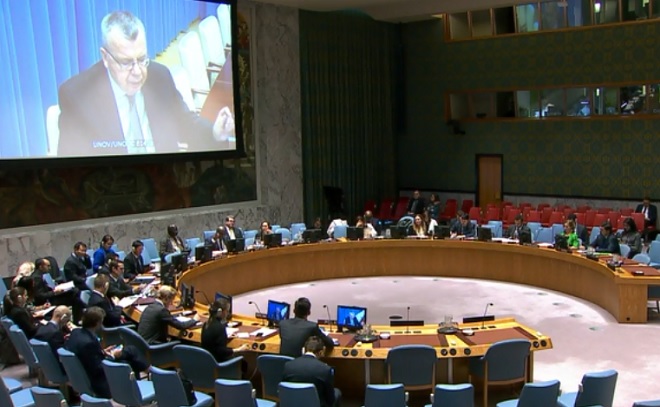 For the first time in five years, the United Nations Security Council meeting on Wednesday focused on a theme of drug trafficking and its security threats – and that put West and Central Africa at the center of the briefing.

Yury Fedotov, the head of the UN Office on Drugs and Crime, warned of “alarming new trends” in both drug transit and use. West and Central Africa, along with North Africa, accounts for 87 percent of all pharmaceutical opiates such as Tramadol seized globally, while methamphetamine seizures have almost reached the same levels as cocaine.

“We know that heroin seizures are on the rise across the region with Lagos, Accra and Cotonou airports high on the list, closely followed by Bamako, Lomé and Ouagadougou,” the UNDOC chief said.

Fedotov said there are strong linkages between drug trafficking and armed groups, which the Security Council has acknowledged before.

“Globally, only one in six people suffering from drug use disorders receive treatment. However, in Africa this figure is much lower, with only one in 18 problem drug users having access to treatment,” Fedotov said. “At the same time, the region is grappling with many other crime-related security threats, including arms trafficking, money laundering, human trafficking, cybercrime and maritime piracy, as well as threats posed by terrorism.”

UNDOC is working with ECOWAS to support a Regional Action Plan on illicit drug trafficking, organized crime and drug abuse in West Africa. Other partners include AIRCOP, the West Africa Coast Initiative, the Container Control Program and the Network of West African Central Authorities and Prosecutors.