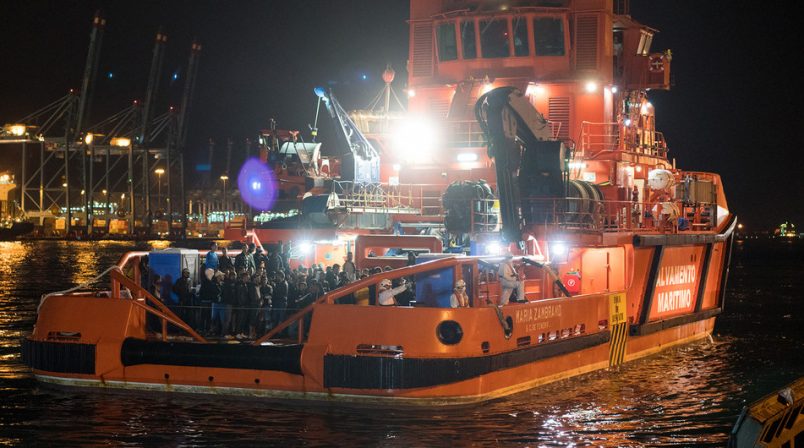 At least 25 people are dead or missing after some passengers in a group of six migrant boats were stranded on the Mediterranean Sea before rescuers reached them off the Spanish coast on Thursday.

A spokeswoman for the UN Refugee Agency, UNCHR, said the Spanish Coast Guard found the boats adrift in the Straits of Gibraltar after they left from North Africa. One boat had 33 people rescued, but 12 died and another dozen were missing.

A second boat of 57 passengers was overcome by the sea. “There was a massive sea-swell that threw them into the water,” said Elizabeth Throssell during a press briefing in Geneva.

The migrants were taken to the Port of Almería in Spain, with some evacuated for urgent health care and many moved to detention facilities, she said.

Theirs are the latest tragedies on the western Mediterranean route, which has seen migrants shift toward Spain as a destination following a border crackdown on migrants arriving by sea in other European nations, Italy among them.

Joel Millman presented the latest International Organization for Migration (IOM) numbers at the Friday press briefing, which were complete through December 19. They showed 769 deaths on the migration route, which shows a rapid increase in fatalities there in the past two months.

Spain has seen 56,480 known migrant arrivals this year, accounting for nearly half of Mediterranean traffic that stood at 113,145. While the total is sharply down overall from 168,258 in 2017, the western route into Spain has seen more than three times as many fatalities in 2018 and more than twice the 2017 traffic.