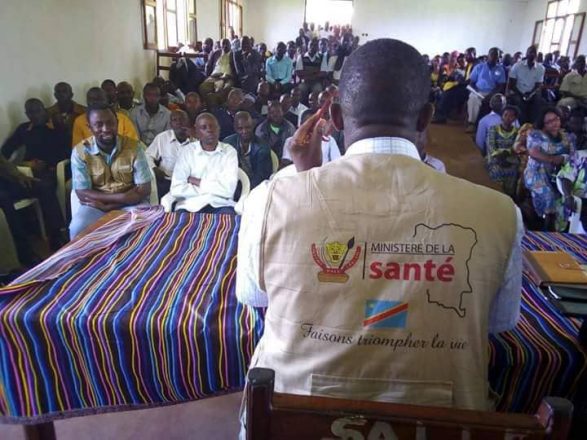 The Ebola outbreak in Democratic Republic of Congo has now claimed 336 lives, with the number of cases reported Thursday by the country’s Ministry of Health rising to 560.

The new total in what has become the second-largest Ebola outbreak in global history, after the 2014 West African outbreak, includes 512 confirmed cases and 48 probable. Another 87 suspected cases are under investigation.

The death toll rose from 289, with the new fatalities occurring since the December 11 ministry report just 10 days ago. The trends have led World Health Organization and its partners to scale up the response and plan for at least six more months of field intervention.

“We can’t afford to blink,”said Dr. Peter Salama, the Australian epidemiologist who serves as WHO’s Deputy Director-General for Emergency Preparedness and Response.

Beni and Mabalako – communities where the outbreak first appeared – still have the highest number of cases and together account for more than half of all deaths. Yet Ebola cases continue their worrisome rise in Katwa, where fatalities rose from 22 to 48 in the past two weeks; the case total there stands at 70, with four more suspected.

There are now confirmed cases in 15 communities across the conflict zones in North Kivu and Ituri provinces, the Congolese ministry update said. Among them is Butembo, which has seen 35 Ebola cases with 20 fatalities.

The high risk of regional Ebola spread, illustrated by an incidence of people with Ebola exposure moving from Beni to Kisangani and Goma, continues as workers track down cases. A WHO response update issued Thursday said 55 health workers are now infected, with 19 fatalities among them.

Nearly 50,000 people have received the rVSV-ZEBOV vaccine approved for Ebola. Salama has said that WHO is working with vaccine suppliers to avoid any shortages.