Home>News>Heartbreaking turn as Kinshasa boy dies during U.S. surgery
By AT editor - 23 December 2018 at 7:10 am 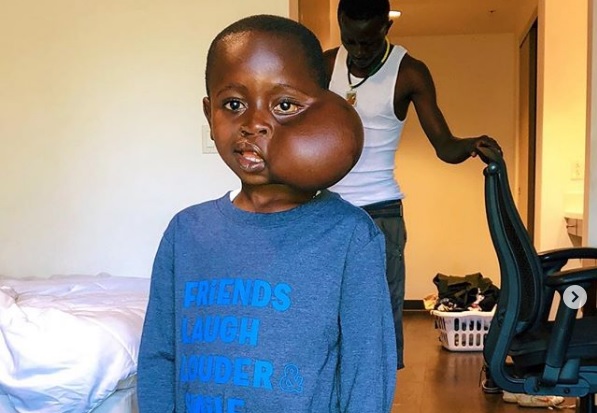 A Congolese boy who traveled to the United States for medical care – capturing many hearts along the way – has left a few of them broken, on the news that he died during complications in surgery on Friday.

Matadi Sela Petit, an 8-year-old from Kinshasa, was born with a cleft lip and facial tumor that grew as he too did. His medical care was sponsored by the charity of Dikembe Mutombo, a retired professional basketball player also from Kinshasa, and he was taken to the Osborne Head and Neck Institute in the state of California.

“During the delicate surgery, Matadi suffered a rare and unpredictable genetic reaction to anesthesia,” said the Dikembe Mutombo Foundation. Efforts to save him were unsuccessful.

“We are devastated by the loss of Matadi and our heart goes out to his father, his mother and the rest of his family, and all his old and new friends,” the foundation said. “We are comforted by the knowledge that a whole ‘village’ adopted Matadi and joined forces to offer him treatment that was not available in the DRC and which would have given him the opportunity to have a new and different life.”

Among those thanked by the charity were the Biamba Marie Mutombo Hospital and the U.S. Embassy in Kinshasa.

“He was a pioneer,” the foundation said of Matadi, “and his memory will inspire us to continue to develop efforts and partnerships to improve the lives of the children of the Democratic Republic of the Congo.”