Home>Finance & Economics>Namibia's new fishing vessel a boost to its blue economy
By AT editor - 25 December 2018 at 7:35 am 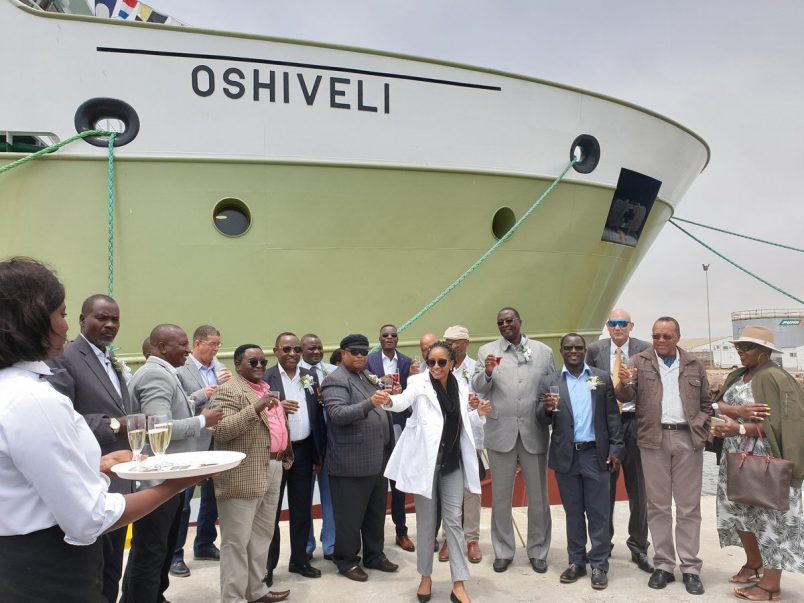 Namibia has upped investment in its fishing industry with the welcome of “Oshiveli,” the country’s first brand-new fishing vessel built for Tunacor.

The USD$13.8 million ship was built in Spain before arriving in Walvis Bay, where it is set to begin working at the end of December, according to the Namibian.

The Oshiveli can shift between catches of three different fish species with a simple change of gear.

“This is the first deep-sea trawler flagged and constructed for Namibian waters,” said Sidney Martin, head of Tunacor Group, who praised its technological sophistication. “There is no other vessel with this capability in Namibia.”

The Namibian ministry for fisheries, keen on growing the country’s blue economy, welcomed the ship christening with an announcement of 60 new jobs for crew on the Oshiveli and another 120 land-based jobs onshore.

That industry will be permitted to catch up to a half-million tons of approved fish and marine species next year, following government approval of new standards last week. The season for two of them – horse mackerel and deep sea red crabs – begins on January 1 and will run through the year.

Namibia saw 5,000 new applications for fishing rights in its last round, which closed in August. That’s made for a daunting task as officials sort through the applications for just 120 positions, Esau said, and successful applicants will not know of their status until next year.