Home>Finance & Economics>IMF's LaGarde says oil-dependent Angola must diversify economy
By AT editor - 27 December 2018 at 6:21 am 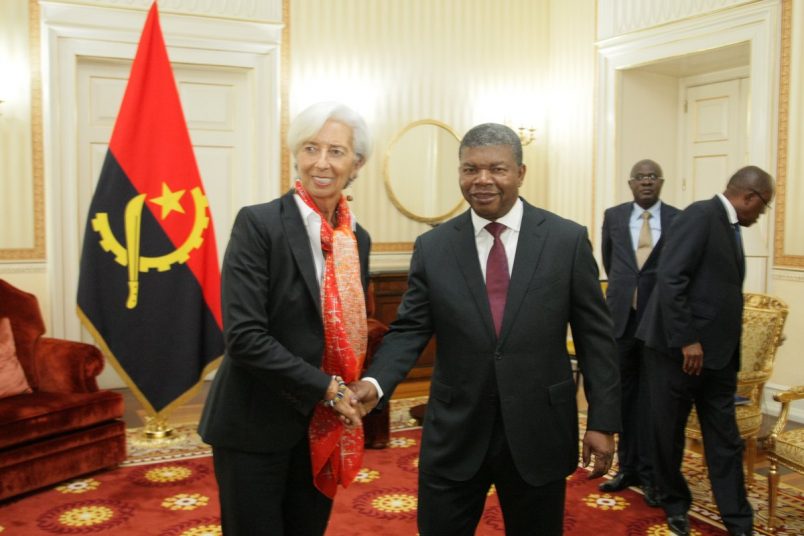 Christine Lagarde, managing director for the International Monetary Fund (IMF), completed a recent visit to Angola with a warning that the OPEC nation – Africa’s second largest oil producer, behind Nigeria – needs to shift away from its oil reliance.

“Angola has come a long way since the end of the civil war 16 years ago. The oil endowment allowed Angola to rebuild critical infrastructure, and progress has also been achieved in reducing poverty,” said LaGarde in a statement at the conclusion of her visit with President João Lourenço.

“Still, much remains to be done to reduce the economy’s dependence on oil and its vulnerability to oil price fluctuations so that enough resources can be made available to improve living standards for all the Angolan people.”

Economic diversification in sectors other than oil is central to Angola’s development strategy, she said.

“Key reforms in this area include improving the business climate, fostering competition in domestic markets, curbing monopolies, and leveling the playing field for foreign direct investment,” LaGarde added. “Just as important is developing a social safety net to protect the most vulnerable and to generate equal opportunities across Angolan society.”

LaGarde emphasized the importance of reducing Angola’s large budget deficit, and the need to press on in the fight against corruption, in keeping with the recently approved USD$3.7 billion IMF program approved for Angola. “With this program, the authorities aim at resuming sustainable economic growth, and improving the social conditions for all in Angola,” she said.

The IMF loan, approved in early December, is the largest ever offered to a sub-Saharan nation, LaGarde said.