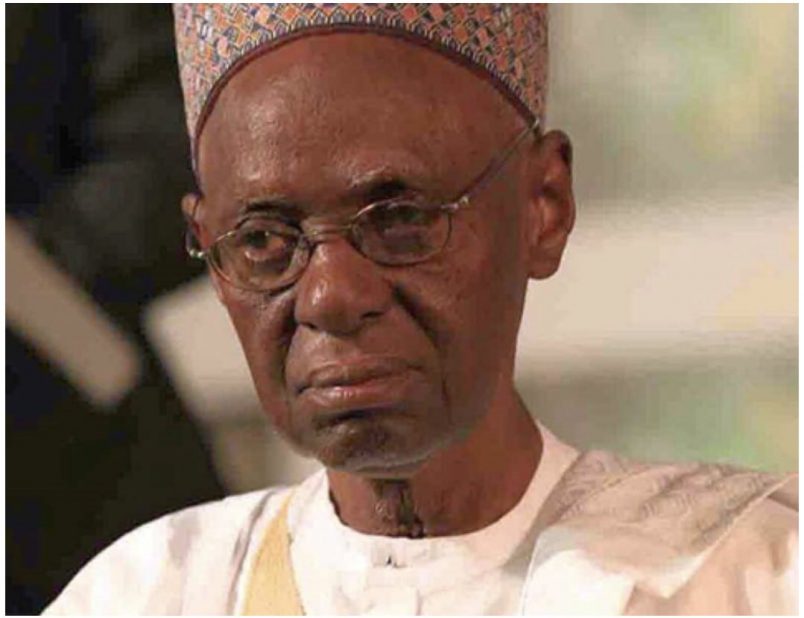 Former Nigerian president Shehu Shagari has died at the National Hospital in Abuja on Friday. He was 93 years old.

Shagari’s death followed a short illness and was confirmed by his grandson Bello, along with others who shared in mourning the former leader and recalling his achievements.

Among them was current President Muhammadu Buhari, the man who once overthrew Shagari’s government in 1983. “On behalf of my family, the government and the people of Nigeria, it is with immense sadness that I received the news of the passing away of the First Executive President of Nigeria,” said Buhari in a statement issued through spokesman Femi Adesina.

Buhari called Shagari’s death “the departure of a patriot whose life of service and humility was widely acknowledged,” and recalled his “unequaled patriotism, sacrifices and contributions to national development.” He praised Shagari’s integrity and diligence in leadership.

“Nigerians held him in the highest esteem even when he was out of office until his demise and will forever miss his wise counsels,” Buhari said.

Shagari entered Nigerian politics in 1951 after a teaching career and first served in the National Assembly as a representative for his home in Sokoto province. He served in a number of ministerial offices before becoming president in the 1979 elections. Shagari won a second term in 1983 before the military coup led by Buhari on New Year’s Eve.

Aminu Tambuwal, the current governor of Sokoto, was among the first to offer his condolences.

“Nigeria during the presidency of Shehu Shagari … played a front line role in the emancipation of Zimbabwe and the anti-apartheid struggle in South Africa,” he said. “His administration witnessed the advancement of Nigeria socially and economically, setting the pace for the industrialization of the nation.”|

The former president is survived by a number of children, grandchildren and great-grandchildren, Tambuwal said. There was no immediate information about the plans for memorial services.