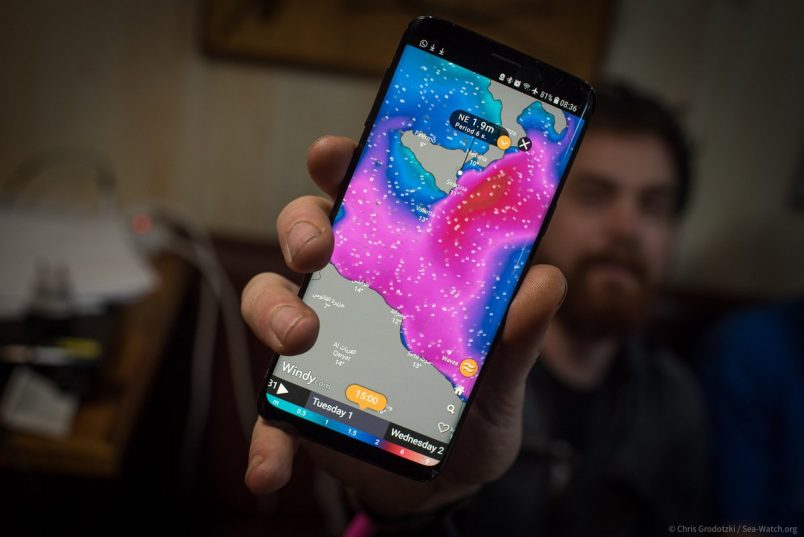 Ahead of a storm forecast for the Mediterranean Sea, the United Nations refugee agency, UNHCR, joined in a humanitarian aid appeal Monday asking for safe ports for two vessels carrying 49 migrants.

“Time is increasingly of the essence,” UNHCR said in a New Year’s Eve statement. “Rough seas are expected in the coming hours and conditions on the boats are likely to deteriorate.”

The Sea Watch 3 vessel is carrying 32 migrants and refugees rescued at sea; they have been aboard but denied disembarkation by European states since December 22. Another 17 people were picked up by the Sea Eye on December 29. The groups include small children, the agency said.

“The calm before the storm. As beautiful as eerie, for those who have no save haven to turn to,” said one ship’s crew in a post Monday afternoon. “We aboard the Sea Watch 3 are preparing for some really unpleasant days. The order of the day, however, would be a port of safety. Now.”

Vincent Cochetel, UNHCR Special Envoy for the Central Mediterranean, said “fundamental values of humanity and compassion” and decisive leadership were necessary to save lives. “Negotiations on which states will subsequently receive them must come only after they are safely ashore,” he added.

Another ship carrying 311 rescued migrants headed for Spain right before Christmas, but the other two vessels have been unable to secure a port. Italy, Spain, Malta, Germany and the Netherlands all refused the Sea Watch 3, according to the NGO Sea Watch International.

“It is utterly unscrupulous that no single European state is taking this responsibility. In Germany alone, more than 30 cities have accepted to take some of the people,” said Philipp Hahn, head of mission for Sea Watch 3. “The fact that we are still at sea is a confession of failure for each and every EU member state, and before all the German interior minister.”

More than 2,240 people have either died or gone missing at sea attempting to reach Europe via the Mediterranean in 2018, according to the International Organization for Migration.