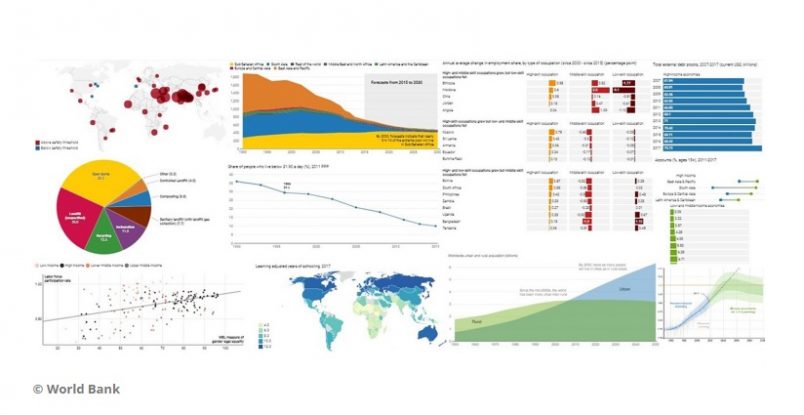 The World Bank’s 2018 Year in Review report offers insights on global trends, with 14 charts to present the visual data – and the African continent is at the center of a few key metrics as we head into 2019.

“Extreme poverty is at the lowest level in recorded history but is expected to become increasingly concentrated in one region,” said report authors Donna Barne and Divyanshi Wadhwa. “A record number of people have been forcibly displaced from their homes, and an influential new report confirms we’re running out of time to limit global warming.”

Climate change may push another 100 million people into extreme poverty and undo gains that have been made. Current debt is soaring, as is the risk for developing nations.

Yet the World Bank authors also note bright spots, including innovation that is helping to bring clean energy to millions and connecting hundreds of millions of people to the financial system. Ethiopia, Kenya and Tanzania show some of the greatest progress in electricity access.

To see the World Bank data visualization, check this link.