Home>Finance & Economics>China’s foreign minister begins Africa tour with Abiy in Ethiopia
By AT editor - 4 January 2019 at 5:38 am 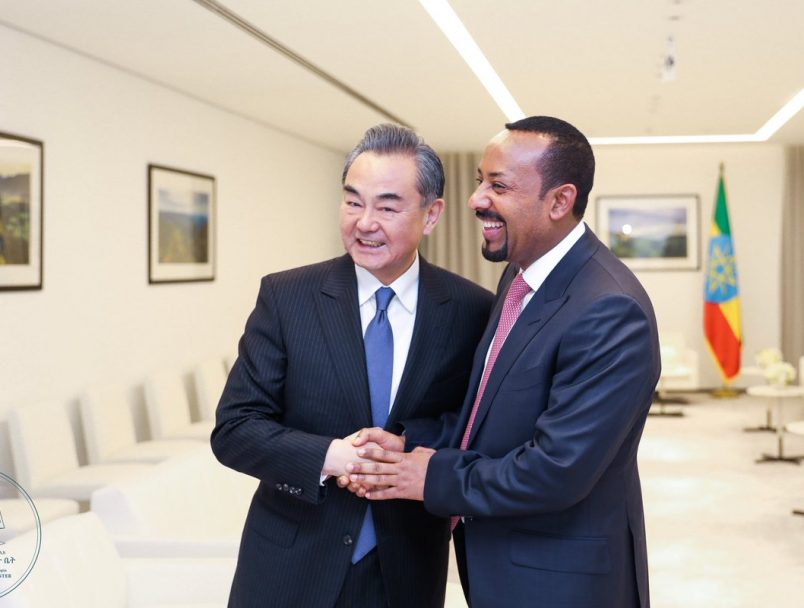 Ethiopian Prime Minister Abiy Ahmed welcomed China’s foreign minister Wang Yi on Thursday, as Wang continues a tour that takes him on official visits to African Union headquarters as well as Burkina Faso, The Gambia and Senegal this week.

Abiy noted China’s “immense contribution to Ethiopia,” his office said. “Prime Minister Abiy highlighted that in addition to continued support in infrastructure development, the new frontier of a strengthened relationship needs to capitalize on introducing new forms of technology,” the statement added.

Wang praised the success of Ethiopia’s reforms since Abiy took office last year, emphasizing that “Ethiopia is on the right path and that China remains committed to supporting and to developing new dimensions to the relationship.”

China has for years placed the African continent atop its diplomatic agenda and schedules the foreign minister’s first overseas trips there. Wang went to Angola, Gabon, Rwanda, and São Tomé and Príncipe during last January’s visit, and to Madagascar, Zambia, Tanzania, Congo-Brazzaville and Nigeria in 2017.

“China hopes that through this visit, we could strengthen coordination with Africa on implementing the outcomes of the 2018 FOCAC Beijing Summit and the consensus reached by the leaders of the two sides, jointly contribute to peace, stability and development in Africa, and elevate the overall interests of the developing countries,” said Chinese foreign ministry spokesman Lu Kang.

Wang will be at the African Union headquarters in Addis Ababa on Friday, where he will discuss progress since the forum with AU Commission Chairman Moussa Faki Mahamat.