Home>News>DRC officials under pressure to report election results
By AT editor - 4 January 2019 at 2:47 am 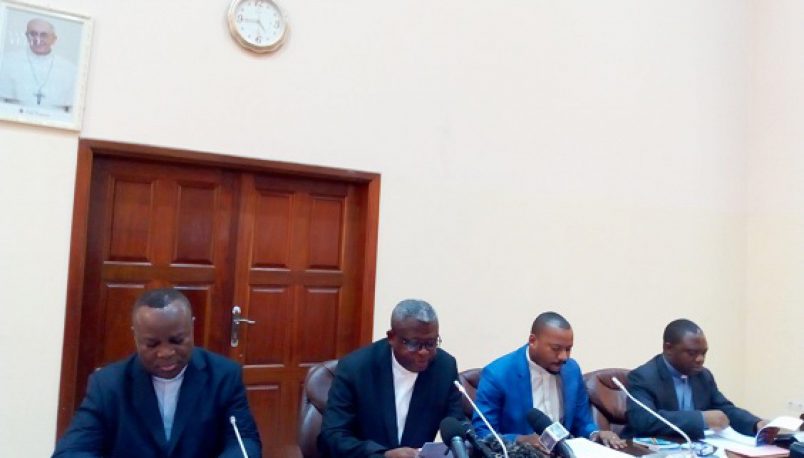 Congolese election officials face pressure from within and outside the country to release legitimate polling results, even as the CENI electoral commission warns of delays in publishing provisional results expected on Sunday.

The Roman Catholic bishops of the National Episcopal Conference of Congo (CENCO), influential for more than two years in navigating the country’s political impasse, said Thursday that they identified a clear winner of the country’s election to determine who will replace President Joseph Kabila. CENCO leaders, above, had some 40,000 election observers in place nationwide.

They did not publicly release the name, but urged CENI to do so.

Their message comes as the United States, among others, expressed concern over voting irregularities and called on CENI to ensure the votes of millions of Congolese are respected.

“There are moments in every nation’s history when individuals and political leaders step forward and do the right thing. This is one of those moments for the DRC,” the U.S. Department of State said. “Those who enable a peaceful, democratic transfer of power out of respect for DRC’s constitution and the results of this election will be hailed, while those responsible for undermining democratic institutions and processes, threatening the peace, security, or stability of DRC or benefiting from corruption ‎will be held account.”

The Amnesty International organization also appealed to Congolese authorities, pressing them to reopen media outlets and reconnect Internet service that’s been shut down since the election. Radio France International journalist Florence Morice was forced to leave the DR Congo Thursday night, two days after the RFI FM radio signal was cut in all cities after it was accused of delivering election results. While opposition campaigns expressed their views, RFI says, they did not violate rules that say only CENI can report the election results.

Two independent stations belonging to opposition leader Jean-Pierre Bemba also were cut off. Bemba, barred from running himself, has supported the Lamuka coalition backing Martin Fayulu of the ECiDé party. Fayulu is widely considered to be the favorite, and outperformed both Kabila-backed Emmanuel Ramazani Shadary and opposition leader Felix Tshisekedi of UDPS in pre-election polling.