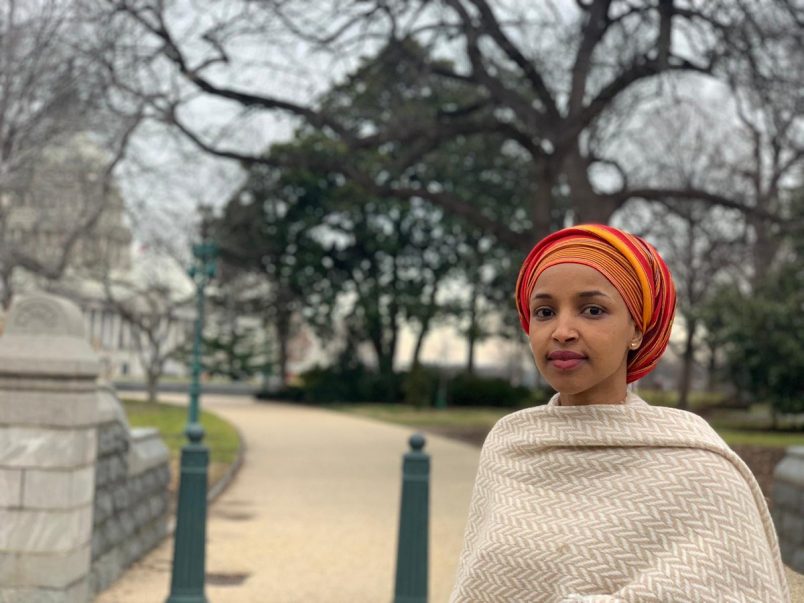 Somali-American Ilhan Omar was sworn into office on Thursday, and is now representing the state of Minnesota as one of two Muslim women who are the first to serve in the United States Congress.

Omar is one of more than 100 women who are now members of the 116th Congress, a record-setting number for the U.S. and one that reflects a real leap in gender, race and religious diversity. They include Rashida Tlaib, a Muslim Palestinian-American from Detroit, Michigan.

“Twenty three years ago, from a refugee camp in Kenya, my father and I arrived at an airport in Washington DC,” Omar said in a Twitter message posted Wednesday. “Today, we return to that same airport on the eve of my swearing in as the first Somali-American in Congress.”

Omar was born in Somalia but her family left because of civil war in the early 1990’s and lived for four years at Dadaab before moving to the U.S. in 1997. She watched her grandfather and served as an interpreter for Minnesota’s Democratic-Farmer-Labor (DFL) party, and became interested in community and politics as a young teenager.

Omar’s arrival to Congress required changes to a rule established in 1837 that prohibited hats or head coverings of any kind on the House chamber floor; they are now permitted for a range of religious, health and other reasons.

Previously, Omar was the first Somali-American Muslim woman to win a seat in her state legislature, and she did so in a city with the greatest concentration of Somali immigrants, as well as many Ethiopians, in the U.S.