Home>News>UN chief backs Haysom but says he'll replace him in Somalia
By AT editor - 5 January 2019 at 6:40 am 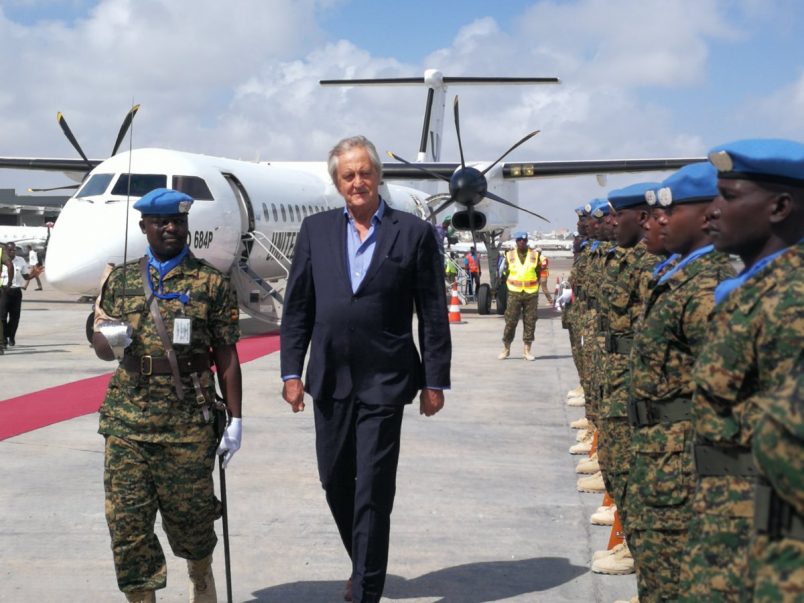 The United Nations chief says he’s backing Nicholas Haysom, the top UN diplomat in Somalia who was told by its government that he could no longer work in his role in the country. Nonetheless, the UN will be appointing a new special representative to serve as head of UNSOM.

The statement from UN Secretary General António Guterres on Friday comes after Somalia’s interior ministry ordered Haysom be removed on January 1. He was accused of violating diplomatic rules after questioning the government about why former militant Mukhtar Robow was arrested and prevented from running for office, and why the Somali government cracked down on Robow supporters.

Somalia’s Ambassador to the UN, Abukar Dahir Osman, told a UN Security Council meeting on Thursday that the candidate was not “properly rehabilitated” from his jihadist life and was ineligible as a result. Somalia said it deeply rejects UN interference in its sovereign affairs, which is why Haysom was declared a persona non grata.

“The Secretary-General has full confidence in Mr. Haysom, an experienced and respected international civil servant who has distinguished himself in numerous senior leadership roles, in the field and at UN Headquarters,” said deputy spokesman Farhan Haq, who issued Friday’s response from Guterres.

Guterres expressed regret over Somalia’s decision but remains “totally committed to ensuring that the needs of the Somali people are at the forefront of the work of the United Nations in Somalia.”

Haysom, a South African attorney, once worked for the late President Nelson Mandela as his chief legal adviser. He previously served as Special Envoy for Sudan and South Sudan, headed up the UN mission in Afghanistan, and led the UN constitutional support team in Iraq from 2005 to 2007.

His brief tenure in Somalia began in October when he replaced Michael Keating as head of mission.