Home>News>Russia: Still no word on six sailors abducted in Gulf of Guinea
By AT editor - 7 January 2019 at 9:36 pm 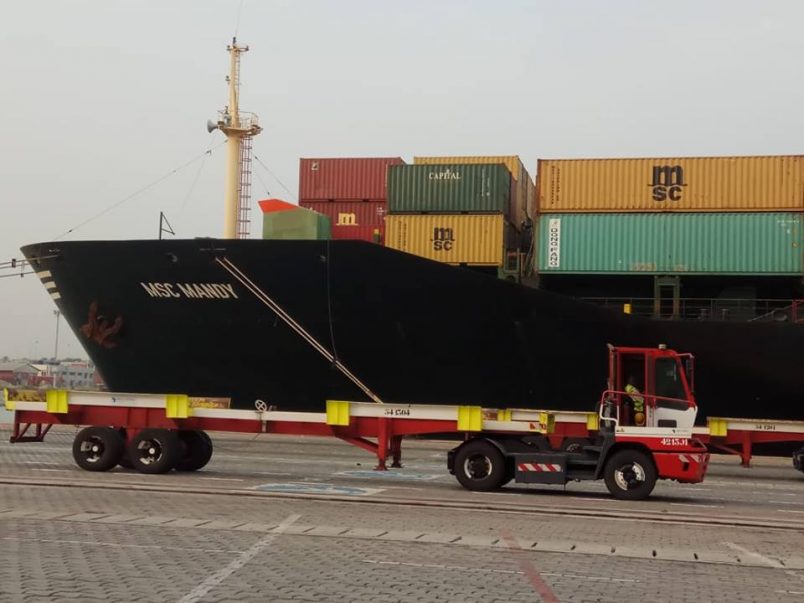 The Russian government says there’s still no word on six sailors who were taken hostage when pirates boarded their ship in the Gulf of Guinea last week.

The MSC Mandy, a Panamanian-flagged vessel, was attacked in the territorial waters of Benin on January 2 with two dozen people on board, almost all of them Russian citizens, according to the Russian embassy for Benin and Togo in Cotonou.

Three days later, after crossing into Nigerian waters, the ship returned to port in Benin with the six members missing. Russian diplomats who met with the crew said they were overtaken by eight to 10 men in a speedboat, all of whom spoke English. No one was reported ill or injured.

“The sailors reported that they were communicating via mobile phones and the Internet with their families and friends, and intend to remain on the ship until they arrive at the port of destination in Russia,” the embassy said in its updated statement.

While they are safe, the same cannot be said of their comrades who remain missing. Authorities were verifying their citizenship – some crew members were Ukrainian and Georgian – and speaking with representatives of the ship’s owners. The shipping company told embassy staff that they had not yet been contacted by the abductors.

The Gulf of Guinea remains among the world’s most dangerous regions for shipping crews, according to an October 2018 report from the ICC International Maritime Bureau. Of 156 piracy incidents reported globally in the first nine months of 2018 – including four hijackings – 37 of the 39 crew kidnappings have occurred in the West African waters. There were 112 crew members taken hostage during the time period.

The true number of incidents in the Gulf of Guinea is believed to be significantly higher than what is reported to the IMB, the organization said.