Home>News>Madagascar's Rajoelina calls for unity as court upholds election win
By AT editor - 9 January 2019 at 7:20 am 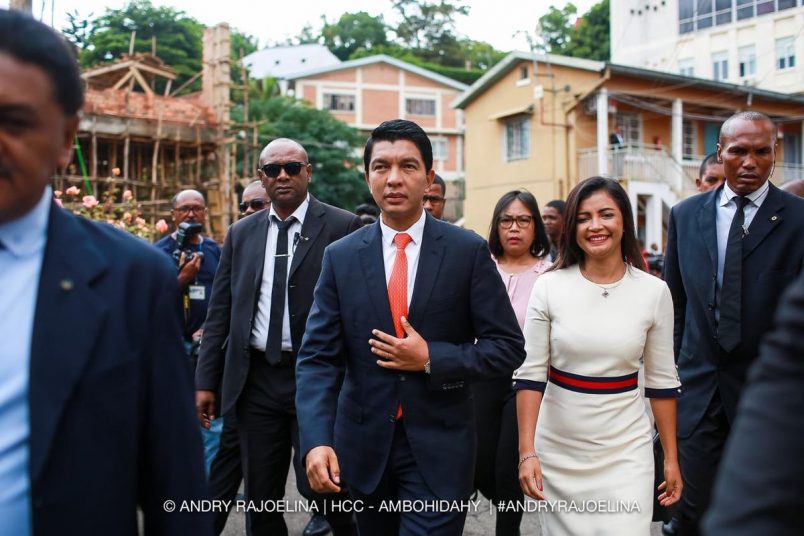 “I’m the president of all the Malagasy,” said Rajoelina, who received 56 percent of the vote. “They chose patriotism and development. … Now let’s get to work for Madagascar!”

Rajoelina also thanked his runoff opponent Marc Ravalomanana of the Tiako I Madagasikara (TIM) party for reaching out to congratulate him. Ravalomanana received 44 percent of the tally, according to Madagascar’s national electoral commission (CENI).

The court ruling followed Ravalomanana’s rejection of the results and claims of voter fraud. The challenges led to street protests in recent days, some of which were broken up by security forces using tear gas.

The MAPAR candidate Rajoelina held an edge in November’s first round voting too, with 39.2 percent of votes while Ravalomanana picked up 35.4 percent. Neither of them achieved the 50 percent threshold required for victory under Madagascar’s electoral laws, which necessitated the runoff.

Rajoelina will replace Hery Rajaonarimampianina and his HVM party, but it is a return to his old office. Rajoelina served as president between 2009 and 2013, when he was prevented from running for office during the nation’s last elections as part of a deal to resolve Madagascar’s conflicts over political leadership.

He replaced Ravalomanana who became president in 2002 but was forced from office in 2009 – by Rajoelina. The tensions have continued, with a court order earlier this year that forced Rajaonarimampianina to form a national unity government in hopes of ending the ongoing political crisis. That government included both Rajoelina and Ravalomanana.